For each one of our steps on Earth, we also move in space without even realizing how far we have traveled. The UR-100 measures these distances within the universe.

With the UR-100, Urwerk takes us on an impressive voyage in time and space! This watch reminds us that our planet is moving within a solar system. To do so, two apertures show information on two distances traveled by the Earth. The dial contains the satellite display which has not stopped evolving since the first version was unveiled in 2003. A three-headed central mechanism displays the current time. A large stylized hand finished with a red tip travels simultaneously around a minute scale marked from 0 to 60. In previous editions by the young brand, this disappeared out of sight and was in turn replaced with the next. In this model, it stays visible through two distinct slim apertures. The first, at 10 o’clock, is accompanied by the figure 555.55 km and the abbreviation “rotat”. This corresponds to the distance traveled by any person located on the equator over 20 minutes. The second window at 2 o’clock bears the inscriptions 35,742 km and “revol”. This is a reminder of the distance the Earth travels around the Sun during the same period of time.

These revolutions are powered by the 12.01 caliber. This self-winding movement is propelled by a bidirectional rotor and is regulated by a low-profile turbine named Windfänger. These two components can be seen through the sapphire case back measuring 41 mm in diameter. They provide the watch with a power reserve of 48 hours. 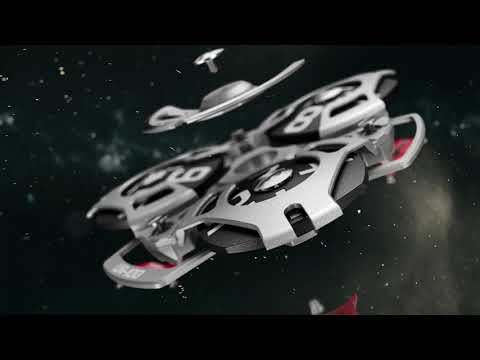