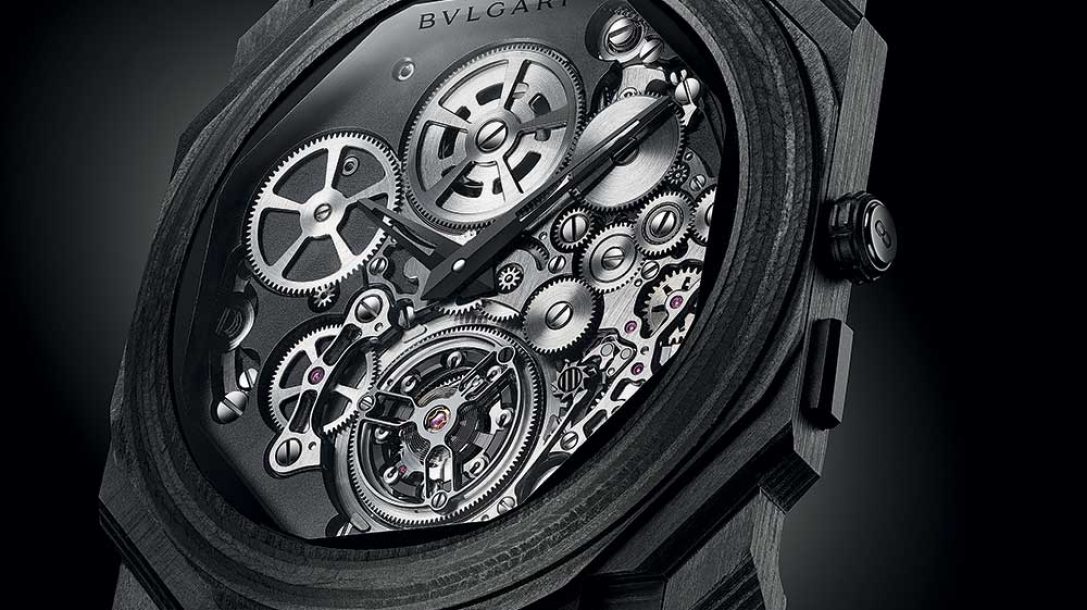 AS LIGHT AS AIR

Records are made to be broken. Bvlgari has achieved the feat of making the world’s slimmest and lightest carbon watch to be equipped with a tourbillon.

In 2018, Bvlgari topped the podium. The Rome jewellers and watchmakers earned the prized position after launching an extra-flat, self-winding watch with the world’s thinnest tourbillon. This year, Finissimo rhymes with superleggero, and is even lighter. The brand used CTP (Carbon Thin-Ply) instead of titanium for the 42mm-wide case. So the Octo Finissimo TB Carbon weighs in at just 48 grams! The high-tech material also gives the watch an original look, with its streaked patterns. But the use of sapphire crystal for the caseback means the watch is slightly thicker than the titanium model, rising from 3.95mm to 5.38mm. 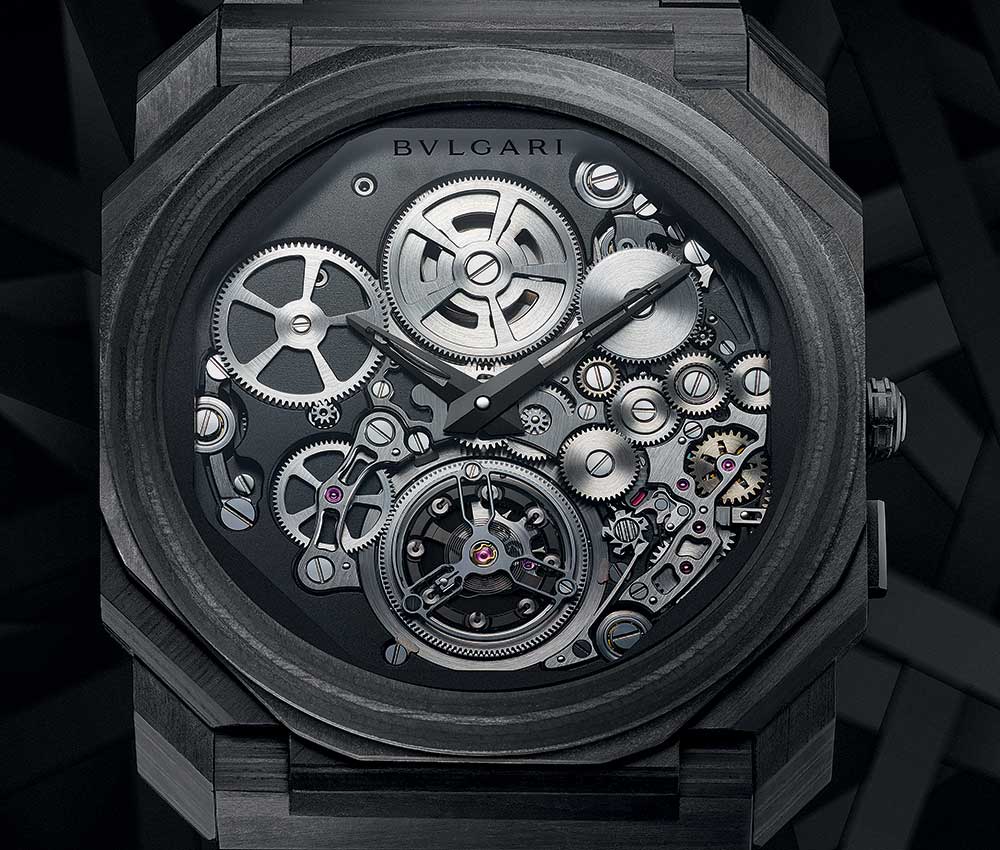 For the mechanism, the calibre BVL 288 with its flying tourbillon is at work inside the case. The absence of a dial reveals the mechanism from both sides. The movement, based on the Finissimo calibre that was first launched in 2014, also stands out because of a peripheral rotor made of white gold and aluminium. The combination of these materials and the presence of a ball-bearing system provides a very regular movement, resulting in efficient energy recharge. So even though it is just 1.95mm high, the mechanism supplies the watch with a full 52 hours of power reserve.

The 50 pieces in this limited edition are worn with a carbon strap featuring a folding clasp.