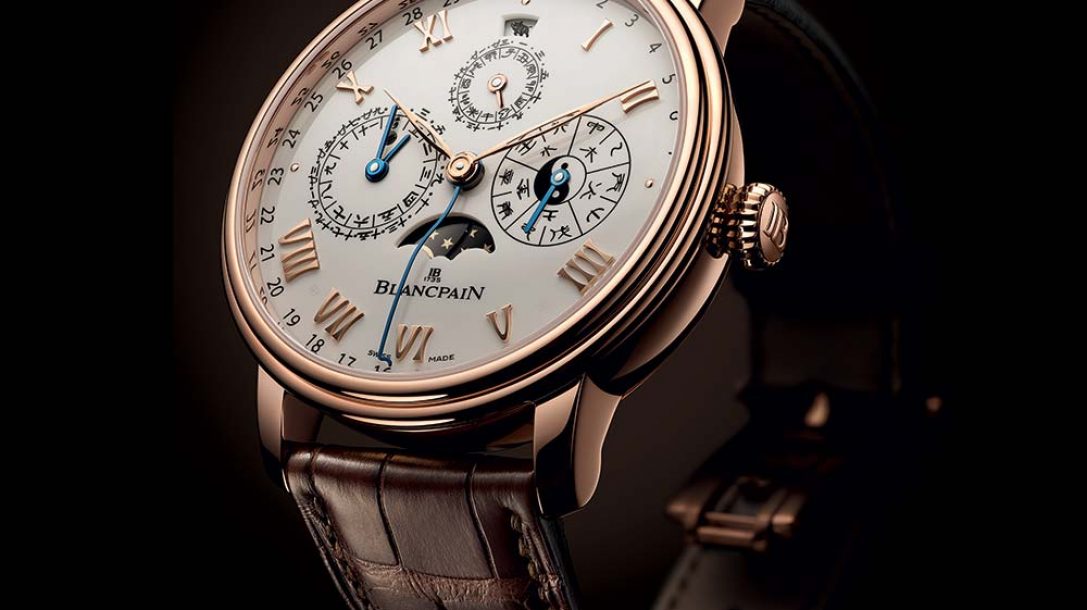 The manufacture is celebrating the Year of the Pig with a limited-edition, platinum version of a watch now seen as a major classic in the Villeret collection.

This timepiece is a real technical feat. First launched by Blancpain in 2012, the Villeret Traditional Chinese Calendar is unusual in displaying both the Chinese and the Gregorian calendars. The difference between the two lies in the fact that one month in the Chinese calendar is based on the lunar cycle, whereas the Gregorian calendar keeps time with the sun, lasting 11 days longer. The result? Every two or three years, an extra month is added to the Chinese calendar. Another unusual feature of the division of time means the day is sub-divided into 12 two-hour periods, with the first beginning at 11 p.m. All this information is given material form in the limited edition watch, unveiled for the new Year of the Pig, with counters using Chinese characters. The dial is made of full-fired enamel and includes a discreet portrait of the animal in a counter at 12 o’clock. An opening displays the moon phases at 6 o’clock. The composition is encircled by an hour rim with Roman numerals and a Gregorian calendar with a serpentine hand pointing out the information. 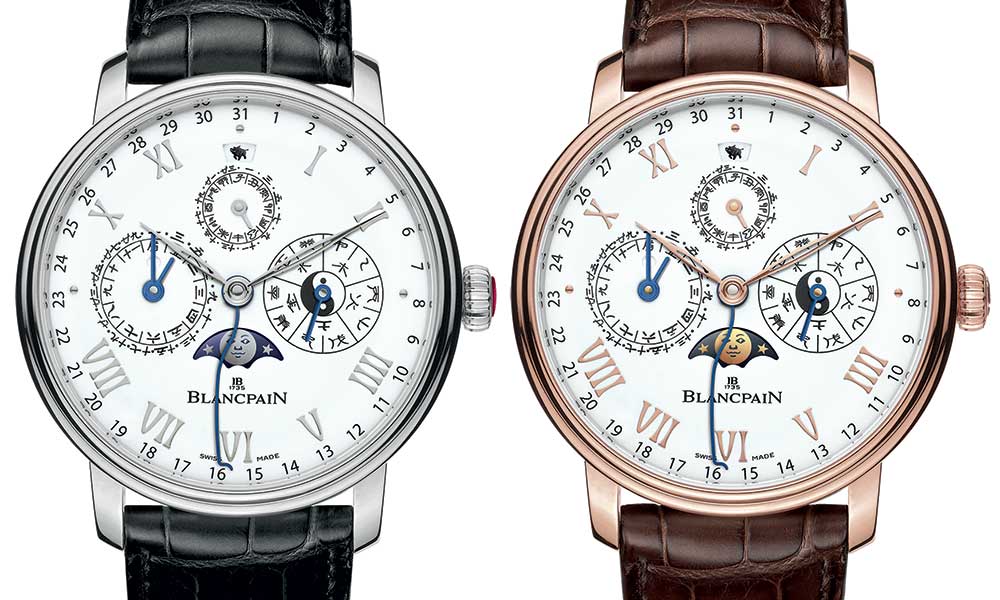 This dance of time is orchestrated by the calibre 3638, equipped with three barrels. The complex automatic movement provides the watch with seven days of autonomy. 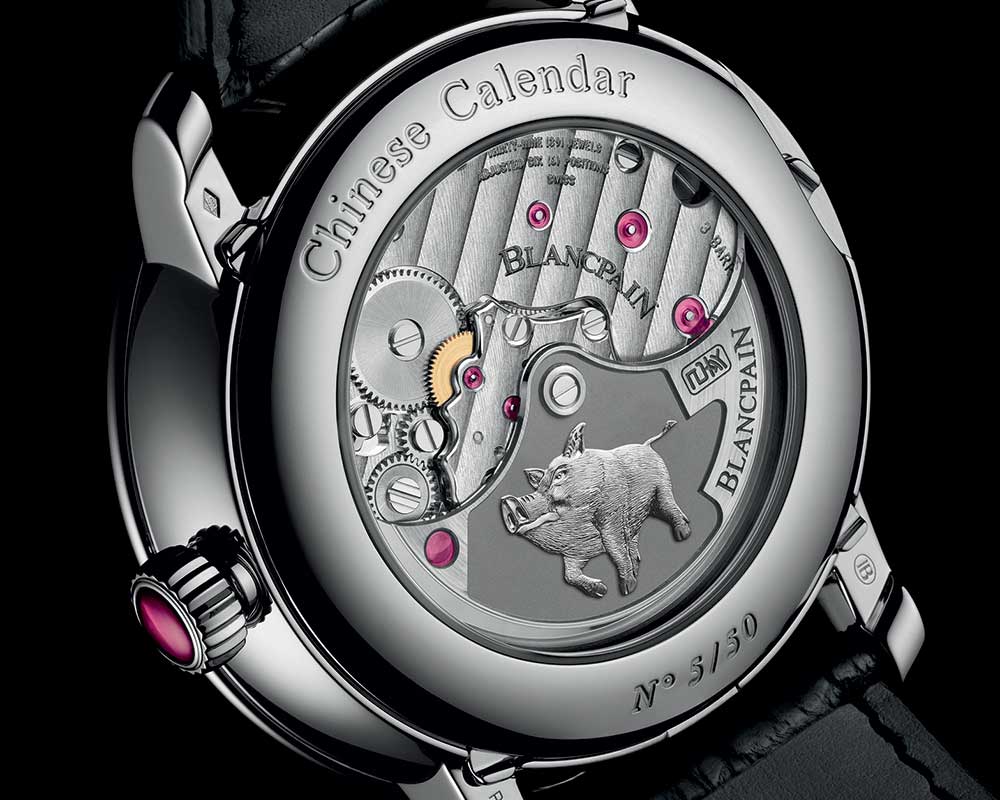 The 45mm-wide case of the 50 platinum watches includes five correctors, so that the watch can be adjusted without a tool. Through the sapphire caseback you can admire a white-gold rotor engraved with the year’s zodiac sign. Blancpain is also releasing the Villeret Traditional Chinese Calendar in an unlimited version made of red gold.