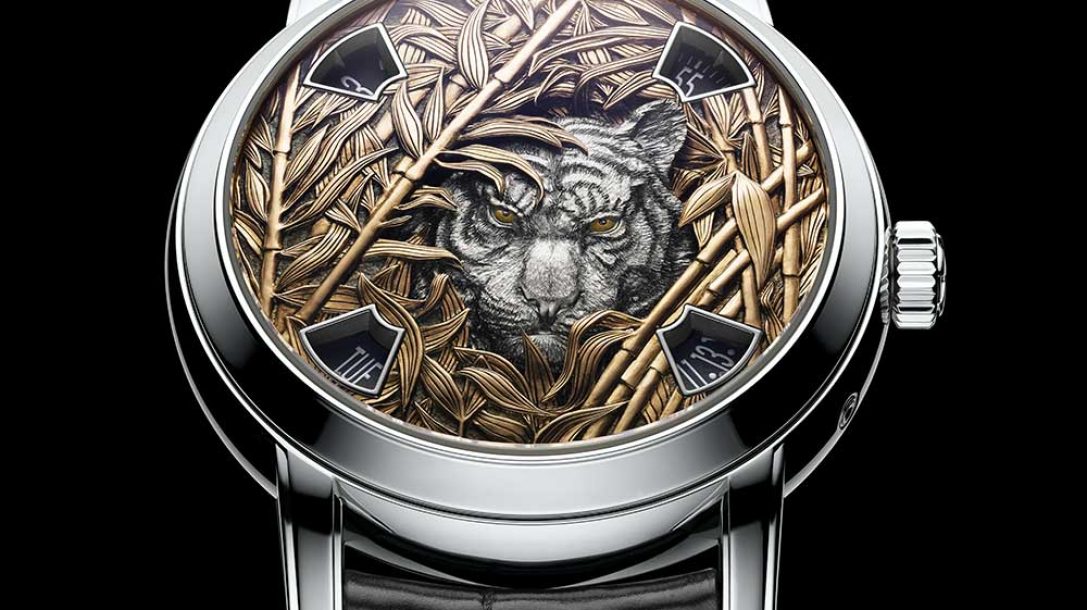 EYE OF THE TIGER

Just a few weeks away from the SIHH, the Geneva watchmakers have released a series of unique pieces, including an exceptional watch depicting a tiger hidden in a bamboo forest.

In the run up to the 2019 Salon International de la Haute Horlogerie (SIHH), taking place in mid-January in Geneva, Vacheron Constantin is releasing a series of five unique pieces grouped together in the Les Cabinotiers “Mécaniques Sauvages” collection. Included in this watchmaking bestiary with some powerfully symbolic wild animals is a watch showing a big cat with a striped coat: Les Cabinotiers Mysterious Animals Tiger. 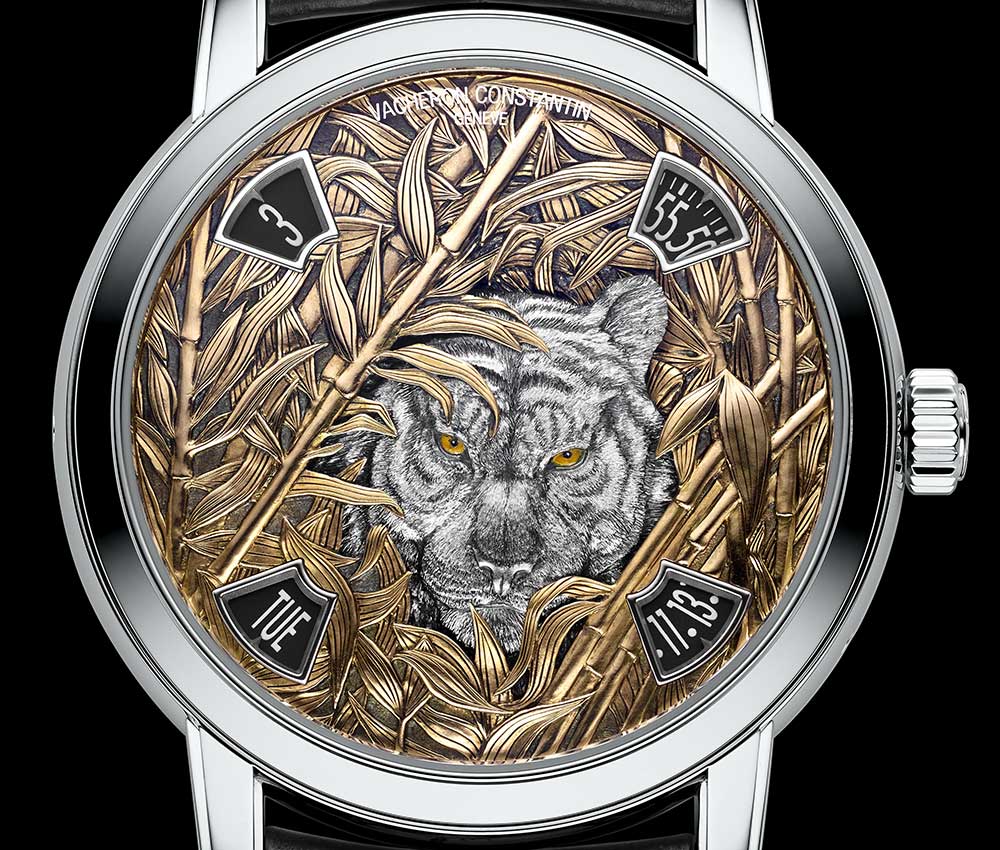 This outstanding watch deploys all the craftsmanship of the Geneva-based brand and represents a dazzling work of engraving cut into the surface using the intaglio technique. The result brings the animal to life, as it peers out of a gold bamboo forest. The finesse of the craftsmanship brings out numerous details, such as the veins on the leaves, the horizontal lines on the stalks and the animal’s thick coat. The tiger’s yellow eyes seem to be watching for a virtual prey with a determined look.

Four discreet counters fan out to display the hours (at 10.30), the minutes (at 1.30), the date (at 4.30) and the day of the week (at 7.30), with white figures and letters against a black background. The watch is powered by the calibre 2460 G4, an automatic movement made in-house by Vacheron Constantin and providing a power reserve of around 40 hours. It is housed in a platinum 950 case with a diameter of 40mm.

Les Cabinotiers Animals Mysterious Tiger is worn with a black alligator leather strap with large scales and a tang buckle made of platinum 950.