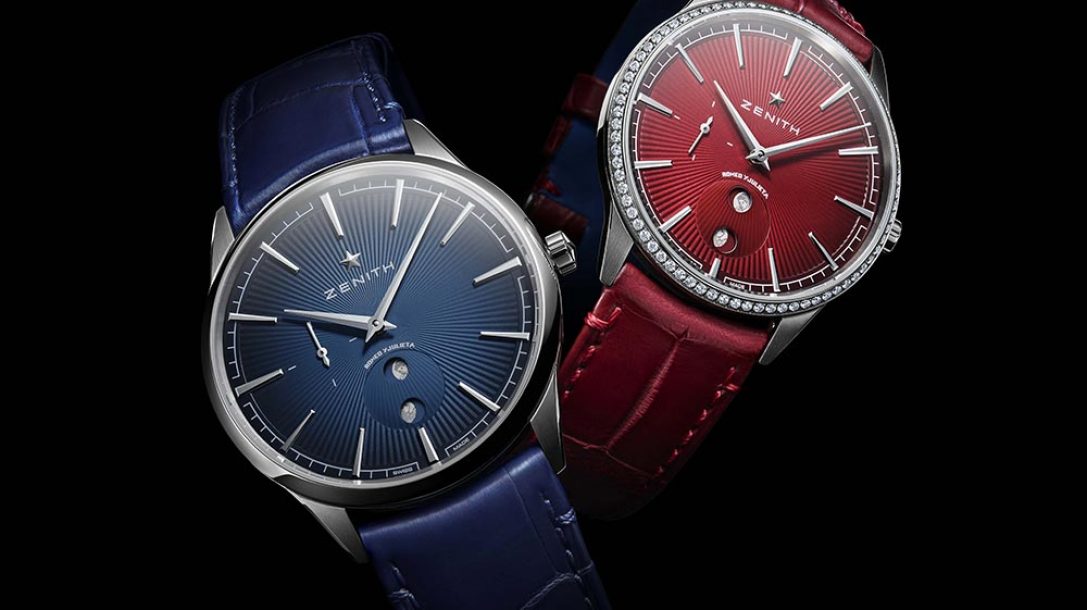 The Locle-based watchmaker and the Cuban cigar manufacturer, who have been partnering since 2016, celebrate the 145th anniversary of the famous Romeo y Julieta brand by unveiling a duo of limited-edition watches

Back in February, embraced by Havana’s gentle wintertime sun, the watchmaking brand Zenith and the Cuban cigar manufacturer Habanos revealed the fruit of their collaboration initiated in 2016 and celebrating the 145th anniversary of the Romeo y Julieta brand: a couple of Elite Moonphase watches. For the first time ever, this classical collection, redesigned and showcased in Dubai at the beginning of this year, proposes a special limited edition (145 pieces per model). 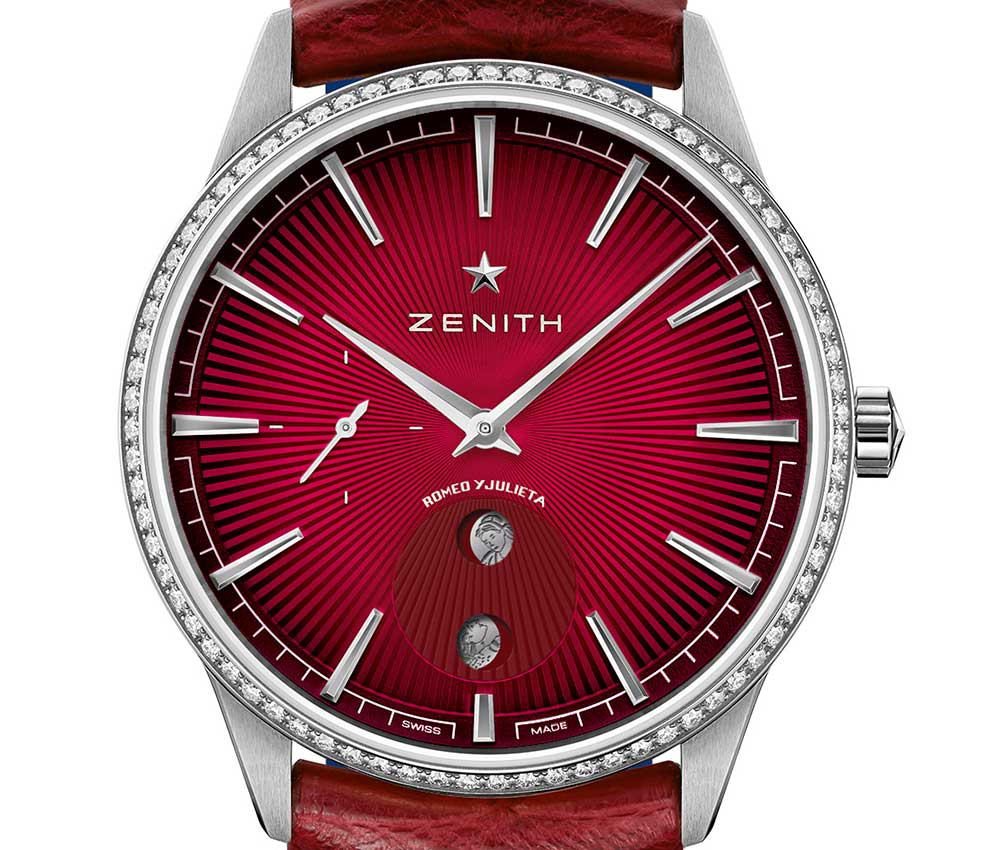 The 1875-founded eponymous habanos brand, inspired by William Shakespeare’s (around 1564-1616) Romeo and Juliette tragedy, features an illustration of the two lovers on its boxes whose exact colors have been reproduced to adorn the pleated guilloché engraving on the watches’ dials: ruby red edged with a ribbon of 75 brilliant-cut diamonds for Julieta and midnight blue for Romeo, enhanced with a nuanced misty effect which darkens as it reaches the flange. The ill-fated couple unites to beat with one heart, the Elite 670 SK caliber, a self-winding movement set at 4 Hz and delivering a power reserve of 48 hours. This movement nestles in a 40.5 or 36 mm-diameter case depending on the version chosen. 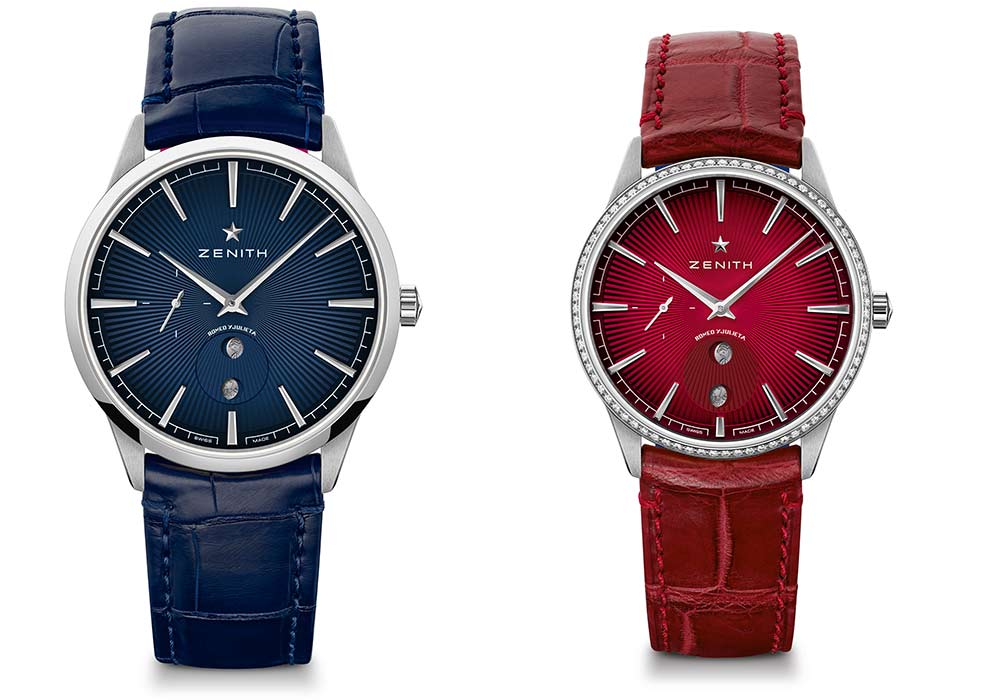 At 6 o’clock, on two silvered discs, a moon phase features the couple’s finely laser-engraved faces in two circular apertures. Their gaze expresses a silent kiss. Above their heads, the facetted, rhodium-plated Dauphine-style hands hover over the hours and minutes, whilst the seconds tick by in a counter at 9 o’clock.

The Elite Moonphase Romeo y Julieta is worn on an alligator strap whose color matches that of the dial.