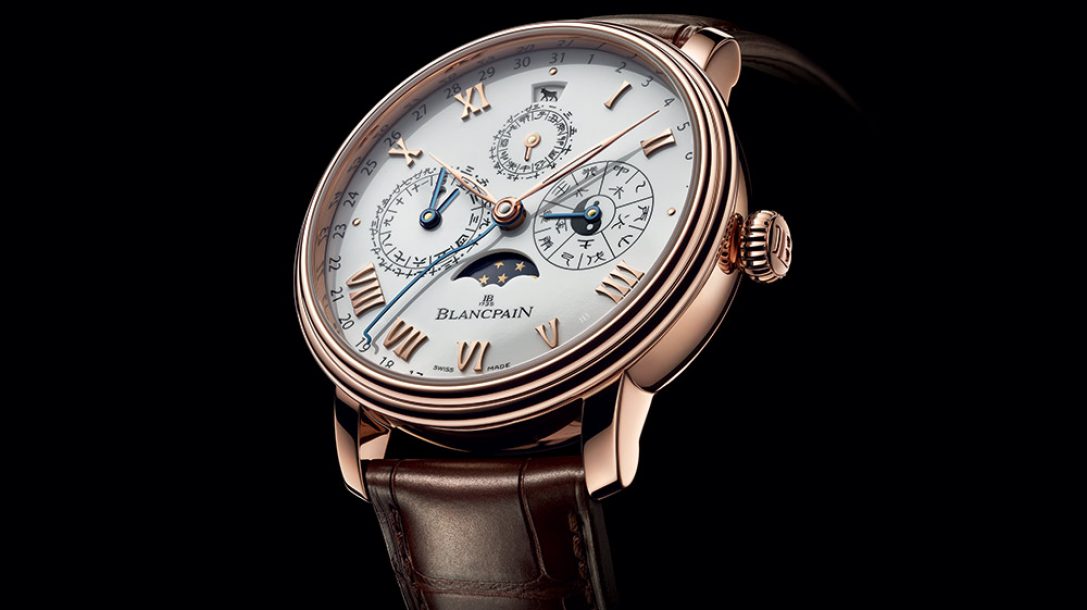 On February 12, we entered the year of the metal Ox. And to delight collectors the world over, the manufacture ushers in the event with a brand new limited series.

In 2012, Blancpain celebrated the Year of the Dragon with a first wristwatch boasting a Villeret Traditional Chinese Calendar. As well as hosting the hours, minutes and a Gregorian calendar hovered over by a central blued serpentine hand, its white Grand Feu-enameled dial also featured all the traditional time data specific to the Middle Kingdom where days are made up of twelve two-hour segments. Months and intercalary months, the signs of the zodiac, depictions of the five elements and the ten celestial stems are displayed in the form of ideograms. A Moon phase takes bottom centerstage at 6 o’clock. All these details are reproduced on the dial of the 50-piece limited series unveiled this year to celebrate the Chinese New Year. And, so as not to forget that this cycle is placed under the favorable auspices of the Ox, the animal is engraved on the oscillating weight revealed through the sapphire-crystal caseback. It also stands proudly in an aperture at 12 o’clock. 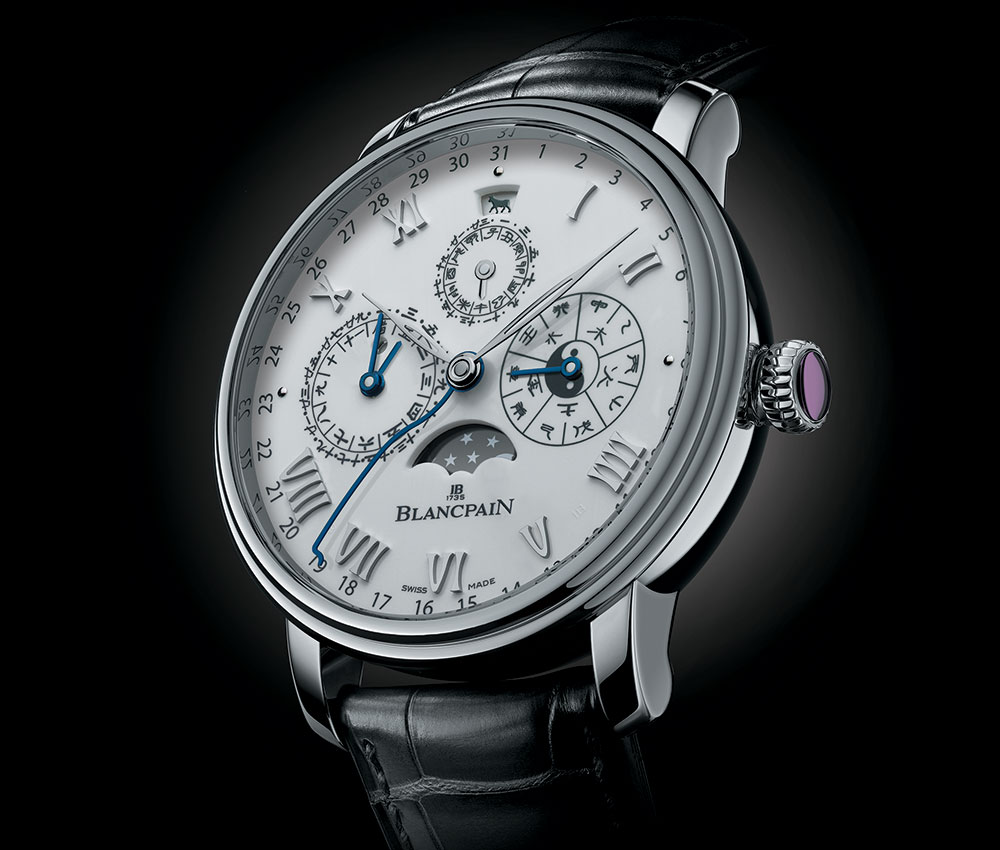 The 45 mm-diameter platinum case, adorned with all the stylistic finery of the Villeret collection, houses the selfwinding 3638 caliber which offers an exceptional seven-day power reserve. Under-lug correctors patented by the manufacture enable easy function setting. The time is set using the crown topped with a Madagascar cabochon ruby. 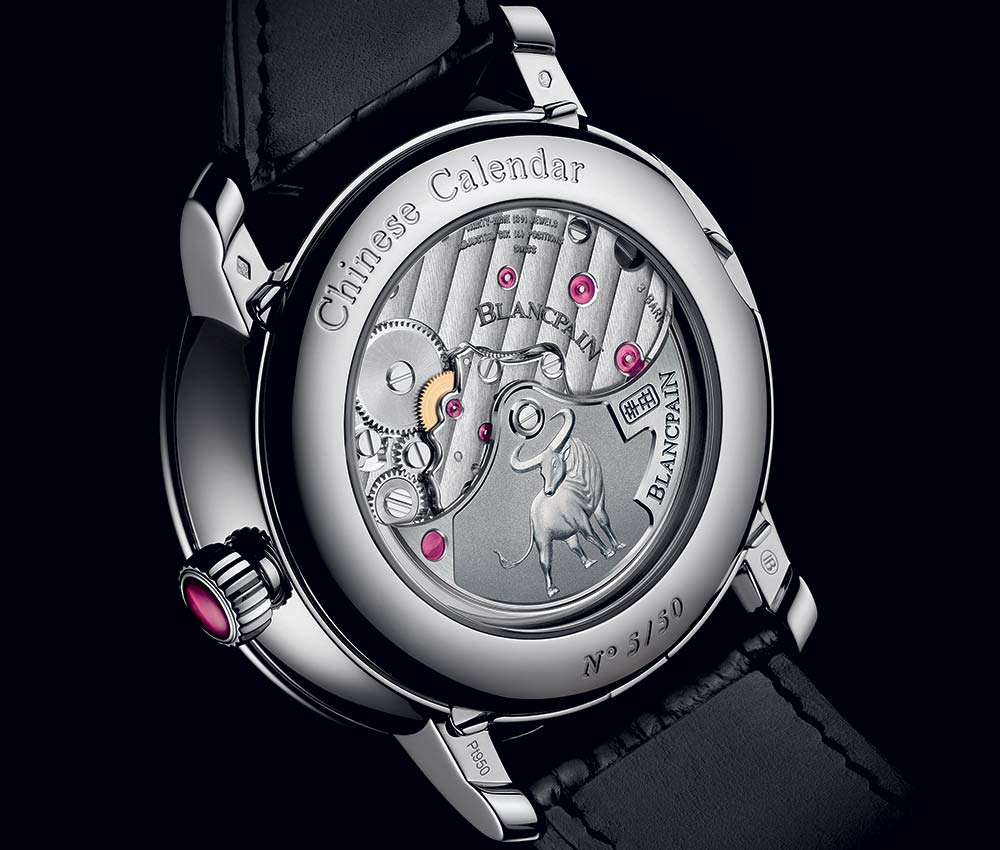