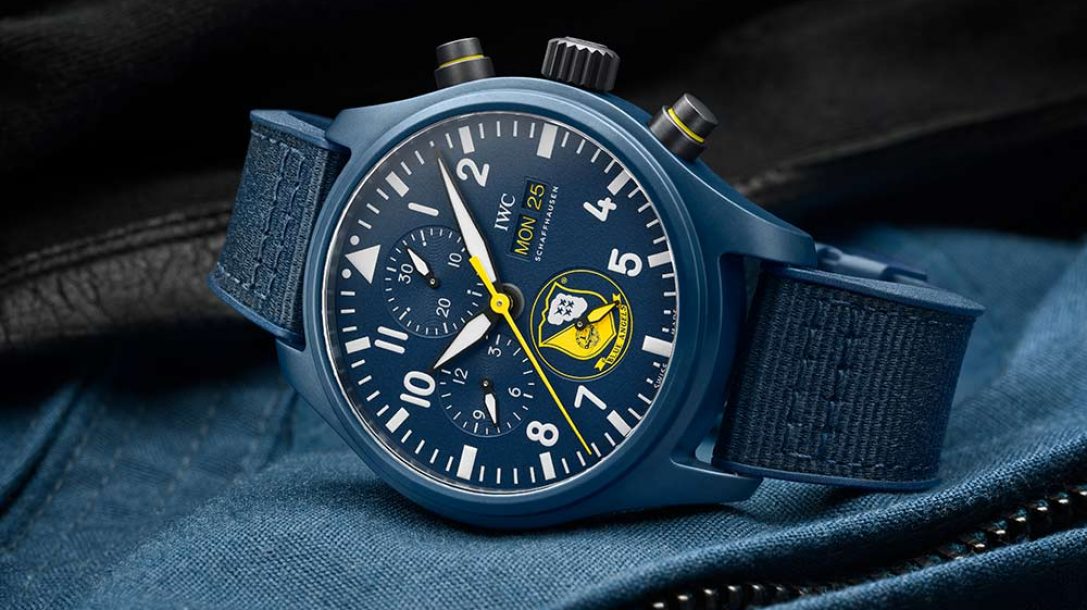 Drawing on its strong association with the aeronautical sections of the North American army, the Schaffhausen-based watchmaker is introducing a series of three ceramic chronographs, each with an air patrol patch on its dial. 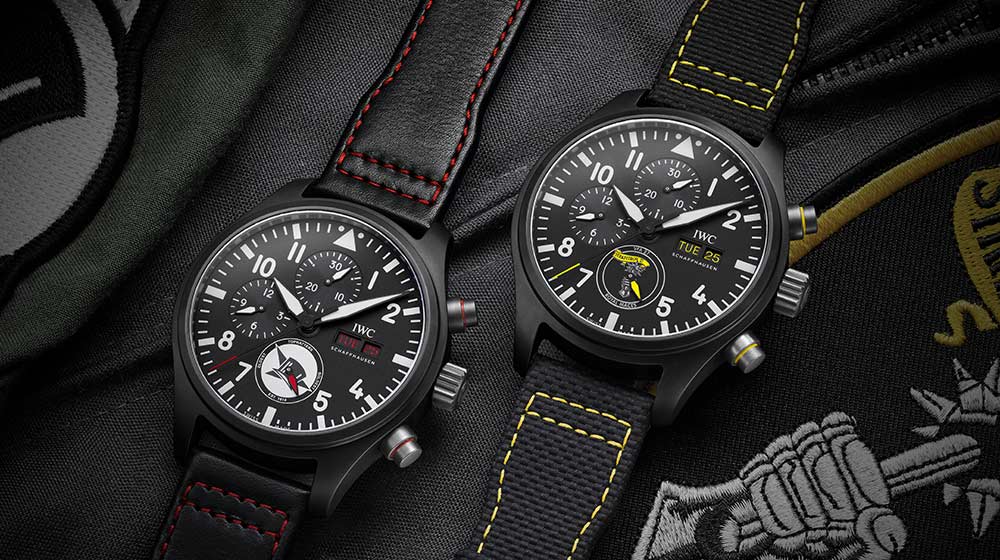 IWC’s history is strongly tied to the aviation industry. In particular with aeronautical armed forces such as the U.S. Navy, a link that the brand, which has held a license for the past three years, has nurtured by creating exclusive and robust timepieces designed for squadron members. This year, it is towards the general public that the company is unveiling a series of three U.S. Navy Chronograph Aviator Watch models. They feature air patrol patches at the base of their dials. 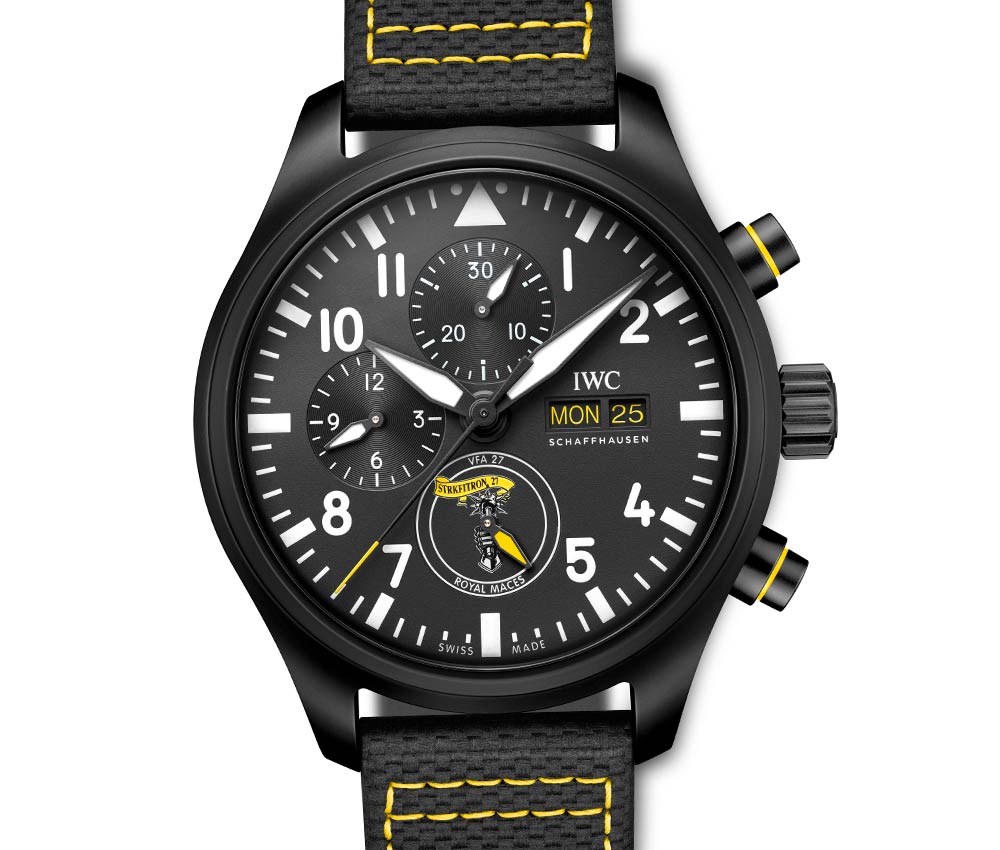 This trio of timepieces, whose annual production is limited to 500 per reference, each features a different unit. There are the “Royal Maces” of Strike Fighter Squadron 27 or VFA-27, stationed near Japan; the “Tophatters” of Strike Fighter Squadron 14, based in California; and the famous “Blue Angels®” acrobatic patrol. Each casing, machined in black or blue ceramic, measures 44.5mm in diameter and 12mm thick. They have a screw-down crown and push-buttons made of Ceratonium®, a light and resistant material developed by IWC. The titanium caseback is engraved with the squadron emblems: the silhouette of a Super Hornet jet for the “Royal Maces”, a top hat for the “Tophatters”, and a quartet of aircraft for the “Blue Angels®”. 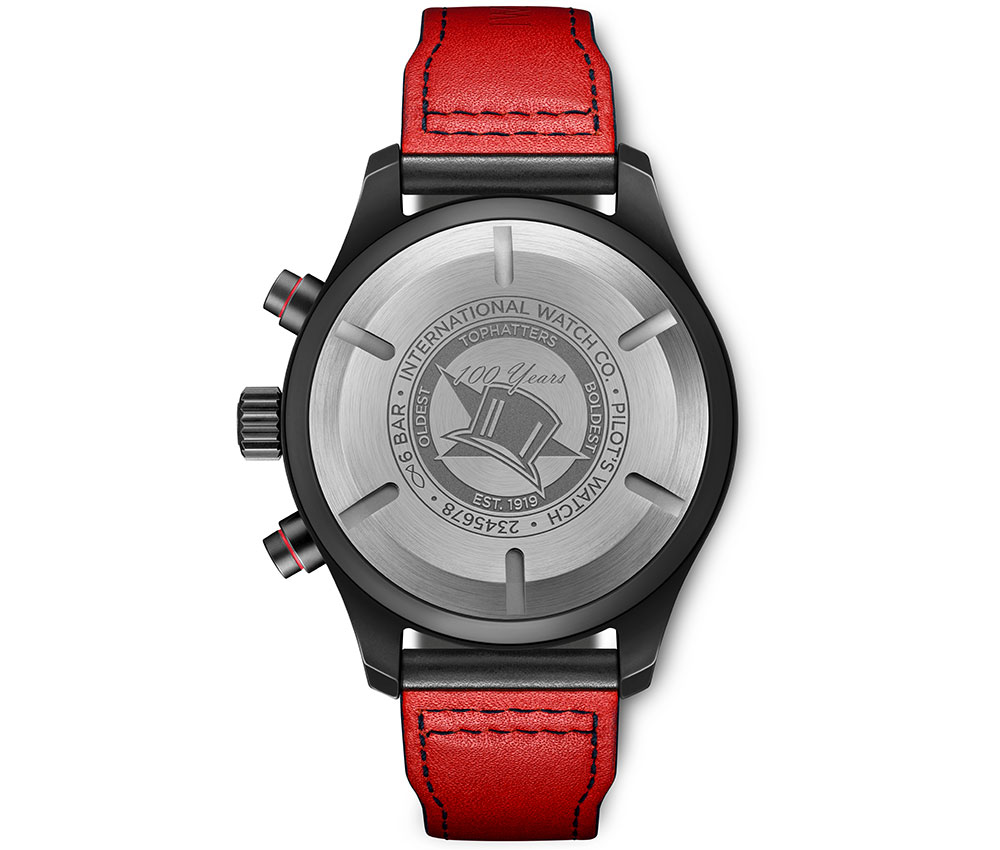 Paced by the self-winding caliber 69380 at 4hz with 46 hours of power reserve, the displays appear on the dial via two large hour and minute hands in the center that point to large Arabic numerals and hour markers, a small second-hand at 6 o’clock and a double day and date window at 3 o’clock. As for the chronograph indications, the black second-hand with a colored or bright yellow tip counts down the seconds in the azure totalizers with the minutes at 12 o’clock and hours at 9 o’clock.

Other articles about IWC