A COMPANION FOR JAMES BOND

Strong ties have linked the Bienne brand with our favorite spy for more than twenty years, ties that today have given birth to a new limited series which contains references to the most famous of cinematographic series.

It was in 1995 that an Omega Seamaster timepiece first appeared on the wrist of James Bond, played by the Irish actor Pierce Brosnan in the film GoldenEye, the 17th opus from the famous series which began in 1962. Since then, strong links have been forged between the British spy and the Bienne watchmaker who, over the years, have created some very beautiful watches. This year, as we celebrate the 50th anniversary of the release of the 6th film in the series, On Her Majesty’s Secret Service, Omega has taken this opportunity to create a new Seamaster Diver 300M James Bond Limited Edition.

Available in 7,007 examples, this diving watch, waterproof up to 300m depth has a 42mm diameter steel case. This is topped with a rotating black ceramic bezel with white enamel diving scale and has a sapphire caseback stamped with the gold and black coat of arms of the Bond family. A yellow gold plate engraved with the Limited Edition number is fixed along the case middle, next to the helium escape valve, between 8 o’clock and 10 o’clock. This metal box houses the Omega 8800 Master Chronometer self-winding caliber, which delivers a power reserve of 55 hours.

The black ceramic dial is covered with a PVD coating, also black, decorated with a spiral motif inspired by the gun barrel we find in the title sequence of every James Bond adventure. The open sword hour and minute hands are in yellow gold and coated with Super-LumiNova®, as are the central second hand, finished with a dash of red, and the indexes. In addition, the time marker at 12 o’clock is a reinterpretation of the spy’s family coat of arms. At 6 o’clock the number 7 on the date disc is in the 007 font. 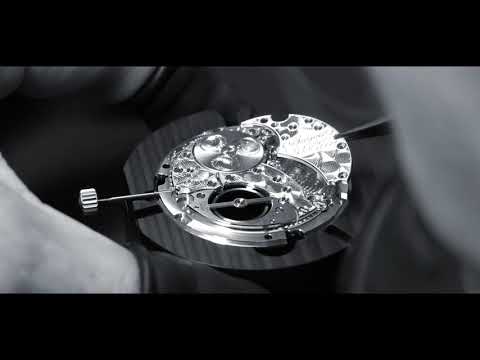