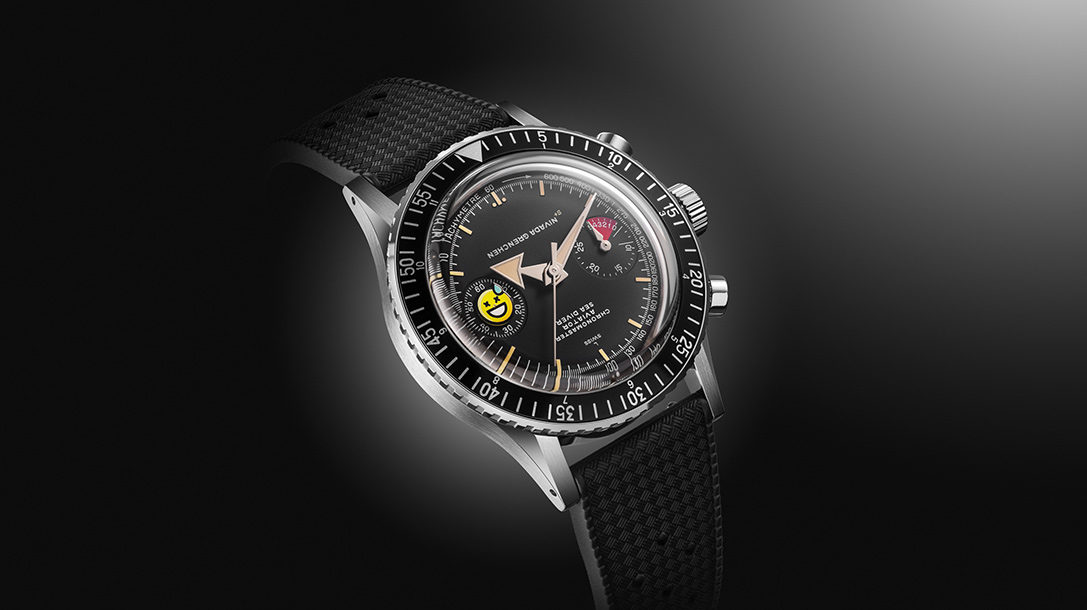 THE BEAUTY OF CHAOS

For this trio of limited editions sold only online, the watch brand, which is enjoying a second youth, called on the talent of the very creative Romaric André to add his unparalleled touch to the dial of a legendary model.

“A state of total confusion with no order”. This is how the Canbridge Dictionary defines the word “chaos” which itself describes quite well the emotions felt facing the events that occurred during the year. However, although it is sometimes born from a grain of sand in the wheels of life, chaos can sometimes be a good thing, allowing to put in perspective a different and playful vision. For this new collaboration with Nivada Grenchen, the brand founded in 1926 that has been living a second youth since 2018, the disruptive element is called Romaric André, the hyper-creative man behind seconde/seconde, whose talent has given birth to the Chaosmaster, a limited edition declined in three variations, each available in 33 pieces, and sold exclusively on the e-shop of the media specialized in watch content Time & Tide.

This Chaosmaster is based on a star model, the Chronomaster Aviator Sea Diver, and features a finely grained black dial with a tachymeter scale and two central Broad Arrow hands to indicate the hours and minutes. At 3 o’clock, a chronograph totalizer based on 30 minutes and powered by the long second hand hosts a regatta countdown dressed in red. At 9 o’clock, we find the incomparable graphic touch of Romaric André with the presence of an emoji on the small second. Chaos oblige, the names of the brand and the model are written “head down”, a wink that also addresses Time & Tide created in Australia.

The 38mm-diameter steel case houses a manual Sellita caliber that delivers 63 hours of power reserve and is worn on a black rubber strap textured with a checkerboard pattern and perforated for a deliciously retro look.