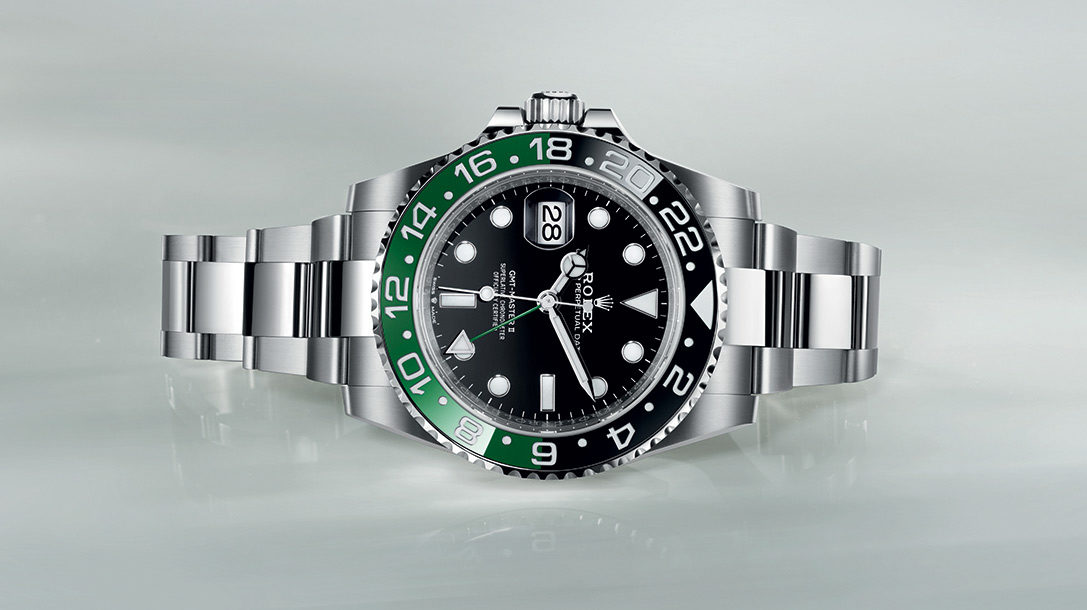 A reference among travelers’ watches, this surprising new development of the manufacturer’s dual time-zone model has all the attributes to become highly coveted.

To say that Rolex’s new products are awaited like the second coming is a mild euphemism. Before each trade show, the watchmaking world goes into a frenzy, wondering about the watches that will be presented. Watches and Wonders, which just concluded in Geneva, was an opportunity for the manufacturer to surprise enthusiasts, collectors, and journalists alike with an original variation of its GMT-Master II model featuring a crown and a date display topped with a Cyclops magnifying glass, both positioned at 9 o’clock. A major first!

As with all GMT-Master II references since 2018, the caliber 3285 with Chronergy escapement with optimized performance integrates the 40mm diameter Oystersteel stainless steel case that is waterproof to a depth of 100 meters. This self-winding mechanism with a 70-hour power reserve enables the hour hand to be set independently of the second time zone hand, recognizable by its triangular ending, and that of the minute hand. Like all of the timepieces from the brand with the crown, this one has the Superlative Chronometer certification obtained from the Official Swiss Chronometer Testing Institute (COSC). Its precision tolerates only two seconds more or less per day. This traveler’s watch is worn on an Oyster wristband fastened with a folding clasp. It also stands out thanks to its two-tone, bi-directional, 24-hour graduated bezel in green and black ceramic. Alongside “Pepsi” and “Batman”, this new GMT-Master II has all the qualities to make a name for itself!

Other articles about Rolex