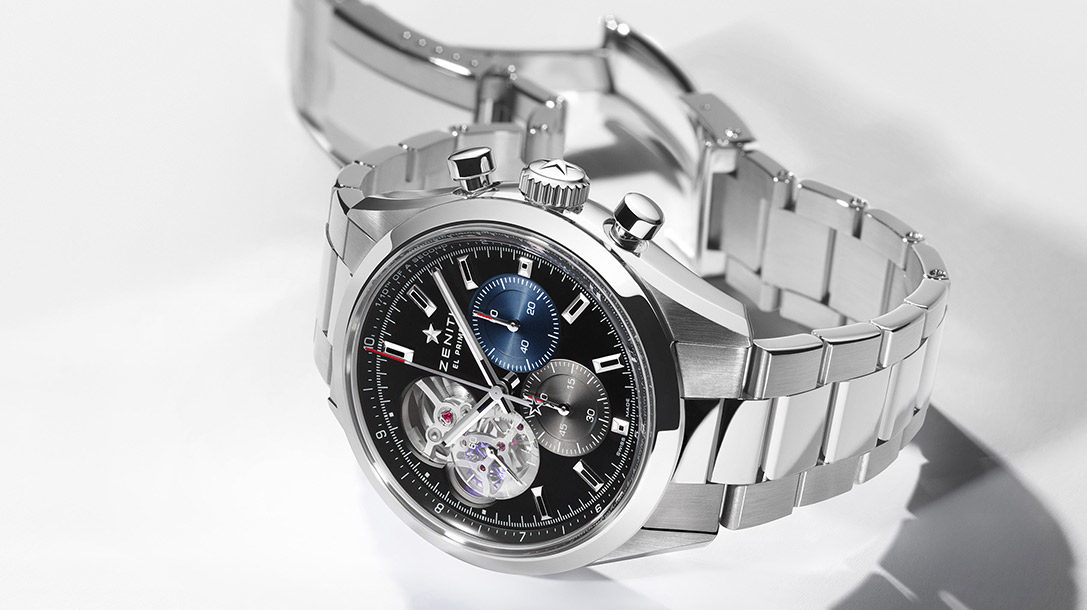 Watches and Wonders provided the opportunity for the Locle-based manufacturer to showcase a major evolution of its Chronomaster with a redesigned case and an optimized caliber.

In 2003, Zenith expanded its collections to include the Chronomaster Open. The aim is to highlight the high-frequency beating heart of its emblematic El Primero. This year, the manufacturer bearing the star is revisiting the aesthetics of its model with a case featuring more modern lines, 39.5mm in diameter compared to 42mm previously, available in steel and pink gold. With these new proportions, every detail has been thought out to improve both comfort and visual harmony. Hence, the lugs have become more slender and the polished bevels on the edges are now more pronounced. The push-buttons have also undergone some changes. The traditional piston shape sports rounded tips.

As for the dial, black or white depending on the version, we rediscover the off-center opening revealing the silicon escapement wheel. The presence of a hesalite crystal enables preserving the original trio of colors of the 1969 dials. The chronometric times are now orchestrated by the El Primero 3604 caliber, with a 60-hour power reserve, running at 5Hz. They can be read off with the help of the swift second hand, making its revolution in 10 seconds, and on the 30-minute and 60-second totalizers located at 6 and 3 o’clock respectively. This mechanism also enables precise time setting thanks to its stop second system. The sporty chic look of the Chronomaster Open 2022 is enhanced by its wristband made of the same metal as the case. Note that the watch also comes with a second cordura rubber wristband.