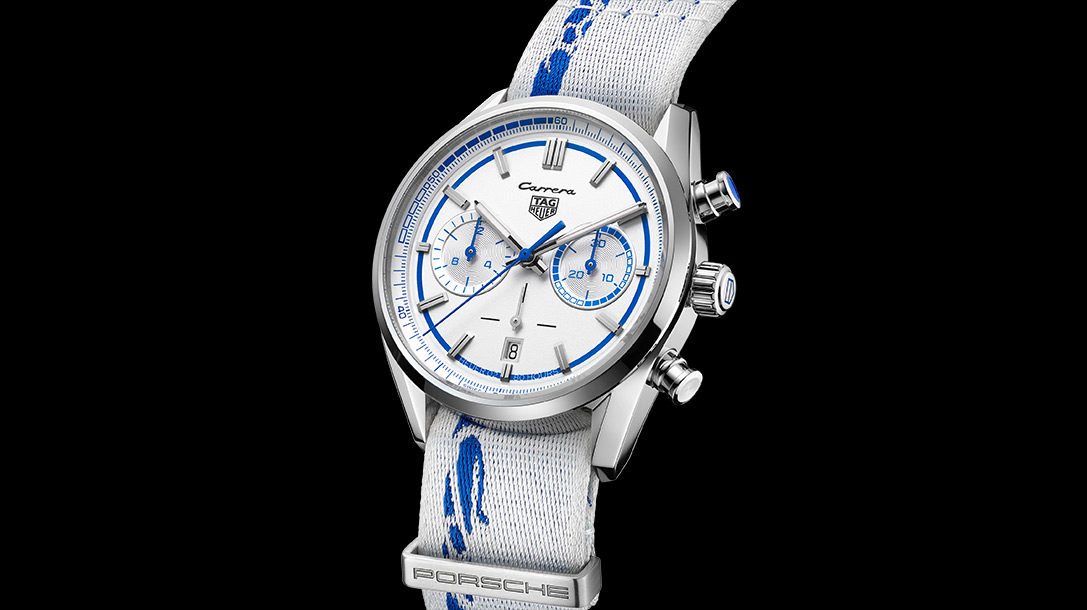 Two new collaborative releases from the two brands commemorate the jubilee of one of the most famous sports cars produced in the 20th century. Contact!

In 1972, the fastest mass-produced car ever took to our roads. Its styling, with its rear spoiler and front grille, became iconic. To celebrate the 50th anniversary of the Porsche 911 Carrera RS 2.7, TAG Heuer is releasing two limited editions in the same colors as the legendary sports coupe. One of the 500 watches combines the emblematic colors of the GT, in this case white and blue. The 42mm diameter steel case of the Carrera X Porsche RS is water-resistant to a depth of 100 meters and boasts a pristine dial with azure lacquered accents on the 30-minute counter, second hand, minute track, and one of the push-buttons. This version comes with two different wristbands, one made of metal, the other in a fabric bearing the famous Carrera line. The second version, produced in a limited edition of 250, has a more refined personality. The chronograph combines a white and red theme. A rose gold case is worn on a carmine alligator leather wristband finished with a pin buckle.

Both are powered by the high-performance Heuer 02 caliber with 80 hours of power reserve. This self-winding movement performs, in addition to measuring the split times, a small second and a date positioned at 6 o’clock. It is also distinguished by its oscillating weight in the shape of a three-spoke steering wheel taking its inspiration from the design of the Stuttgart firm’s cars, visible through the sapphire back. These two versions are thus a fitting tribute to this commemorative date.

Other articles about TAG Heuer