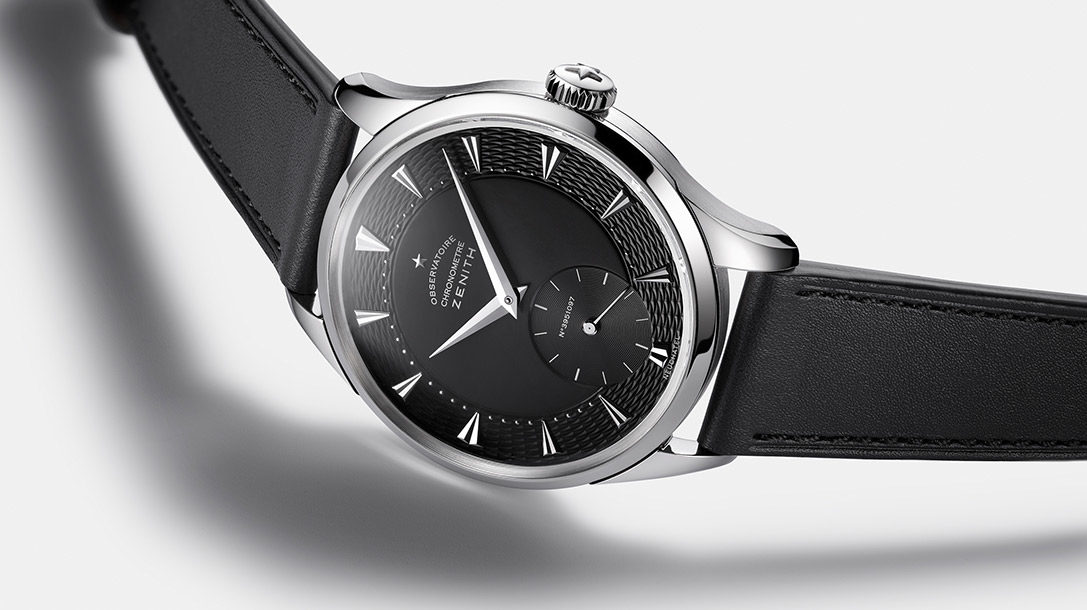 With this very exclusive series of equally exclusive watches, the Manufacture in Le Locle, based on an idea by the specialists of the prestigious auction house and thanks to the talent of the greatest contemporary master watchmaker, is reviving the spirit of chronometric conquest of the 1950s.

Sometimes the genesis of an extraordinary adventure lies in a simple request. As early as 1945, Zenith developed the caliber 135, which was produced from 1949 to 1962 in two versions: one for commercial use and the other designed solely for the chronometry competitions that were in vogue in the post-World War II years. With more than 230 awards to its credit, this engine imagined by the Locle-based manufacture some 70 years ago is back in service thanks to an idea from the watchmaking specialists at Phillips, the famous auction house, and to the unique talent of master watchmaker Kari Voutilainen, who was able to restore it without altering its performance and to decorate it meticulously. The result is the Calibre 135 Observatory Limited Edition, a very exclusive series of 10 pieces.

Set to the gentle frequency of 2.5hz, the manually wound Calibre 135, which provides a 40-hour power reserve, is housed in a platinum 950 case measuring 38mm in diameter and 10.35 thick. Its satin-finished caseband supports a polished bezel and frames, under a sapphire crystal glassbox, a solid silver face tinted with matte black. The hour circle is composed of rhodium-plated triangular hour markers applied to a guilloche ring in a fish scale pattern bordered by a pearl minute track. In the center, two dauphine-shaped hands indicate the hours and minutes, and at 6 o’clock, a large azure counter displays the seconds. The latter is completed with the reference number of the movement. On the “north” side of the dial shines the silver star symbolizing Zenith, while on the “south” side is the name of the canton that houses its manufacture, Kari Voutilainen’s workshops and the Observatory, a witness to Zenith‘s chronometric prowess. The Calibre 135 Observatory Limited Edition watch is worn on two black calfskin strands linked by a gold pin buckle.