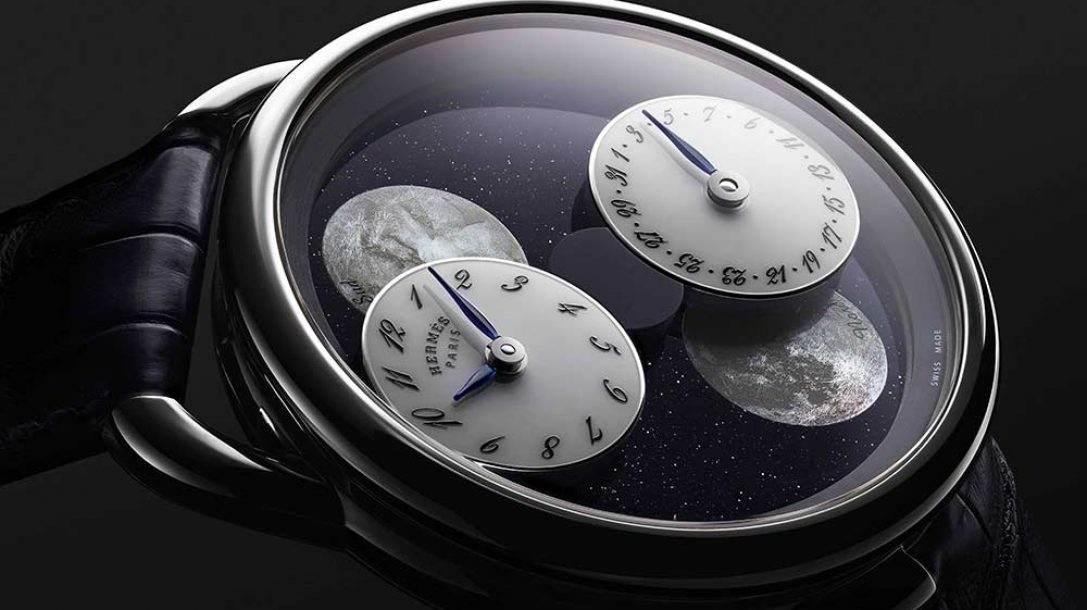 This limited series of just 100 watches for each version takes us on a journey through time and space with an original interpretation of the moon phases.

The inspired and elegant case designed by Henri D’Origny in 1978 is a constant source of new adventures, filled with enchanted poetry and watchmaking. The Arceau Heure de la Lune launched by Hermès at the recent SIHH in Geneva carries us up towards the satellite of our Earth. On an aventurine or meteorite dial, two white mother-of-pearl discs capture the attention. The first displays the hours and minutes, while the second shows the date, with blued hands. Their distinguishing features? They are not only offset, but also mobile, seeming to float in a weightless atmosphere! Both discs rotate around the central axis once in 59 days. This is not a random figure, of course, but corresponds to two complete moon phases. The discs float above two depictions of the moon and show the satellite’s phases in real time. 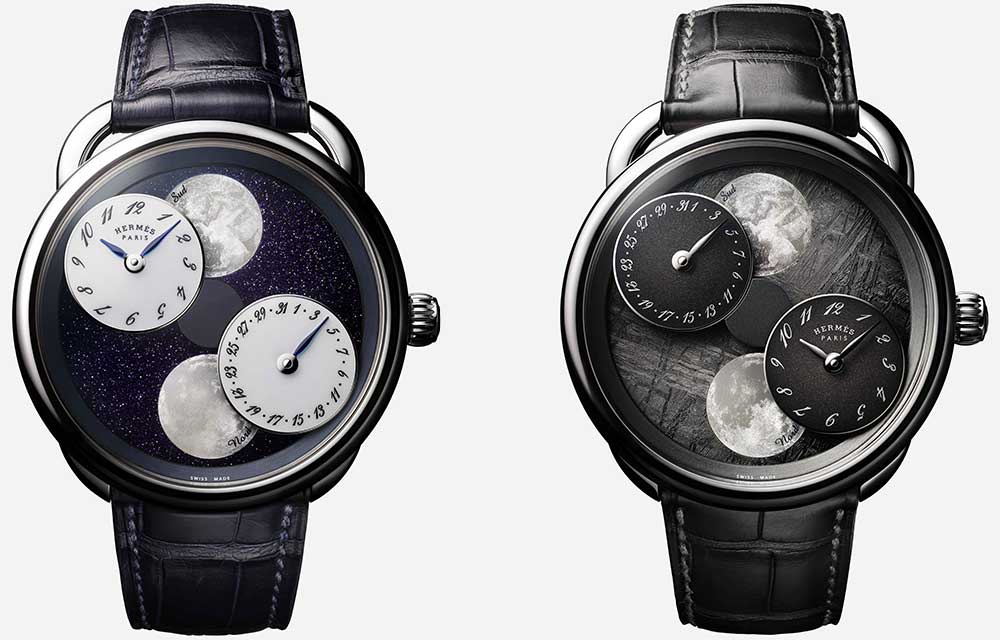 Although the two mother-of-pearl moons look similar, they are actually quite different. The first, at 12 o’clock, is decorated with a sublime Pegasus, conceived by the graphic designer Dimitri Rybaltchenko, who has already illustrated other dials for the Parisian brand, such as the Les Facéties de Pégase Slim and the Arceau Parcours d’H. The disc shows the moon as seen from the southern hemisphere. The second, realistic portrait at 6 o’clock depicts the view from the northern hemisphere. 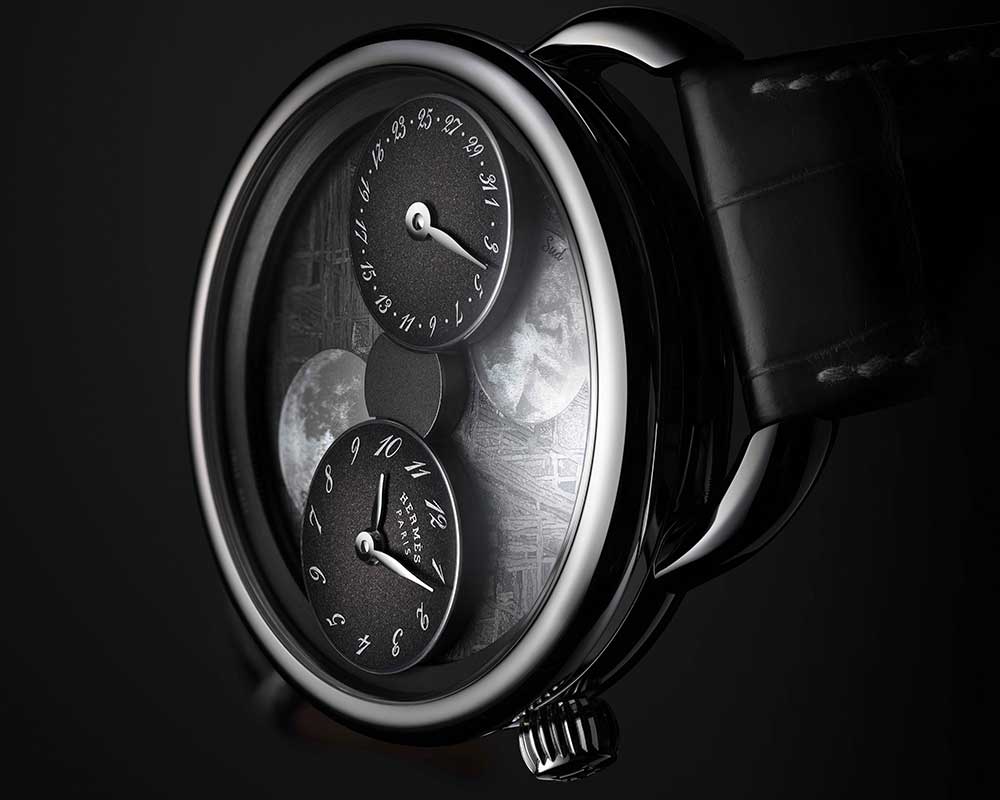 This whirling choreography is driven by an automatic movement. The calibre H1837, developed by the watchmaker, Jean-François Monjon, is housed in a 43mm-wide grey-gold case. 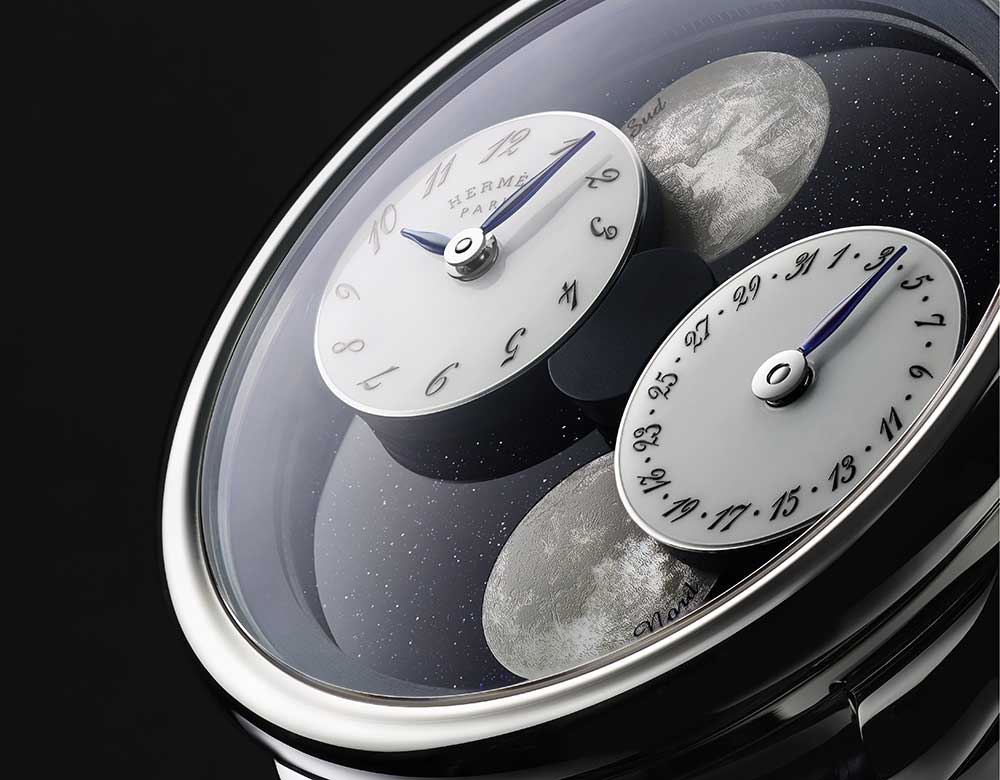 Other articles about Hermès