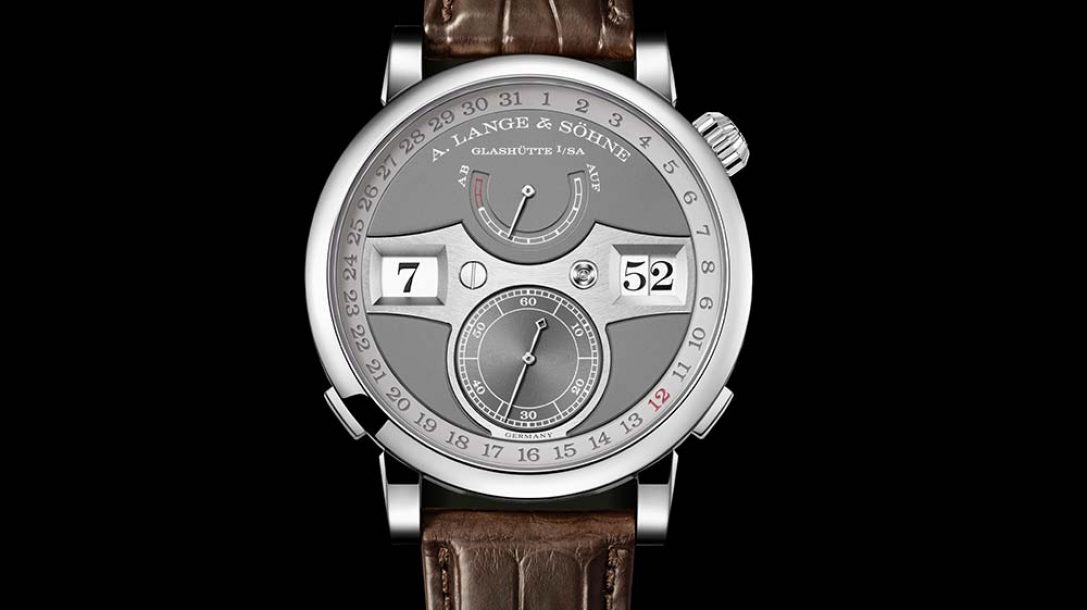 To preserve unspoiled the spirit and look of the original model, the brand has produced an alternative display for the date as well as a new calibre.

In 2009, A. Lange & Söhne launched a watch signalling a clean break in style. Its originality? The watch features a digital display of the hours and minutes using jumping figures. Only the power reserve indicator and the sub-seconds are shown with hands. A unique personality, high-quality workmanship and the inclusion of a luxury watchmaking mechanism go to make the Zeitwerk one of the manufacture’s flagship models. To celebrate its 10th anniversary, a practical new version has been released: the Zeitwerk Date. As its name suggests, a date function has been added to the time features. The date display is as unusual as the watch itself and is based on a glass ring around the dial. The new feature blends in perfectly with the other visual elements. Under the perimeter showing figures from 1 to 31, the date is shown in red for optimal visibility in a monochrome setting. 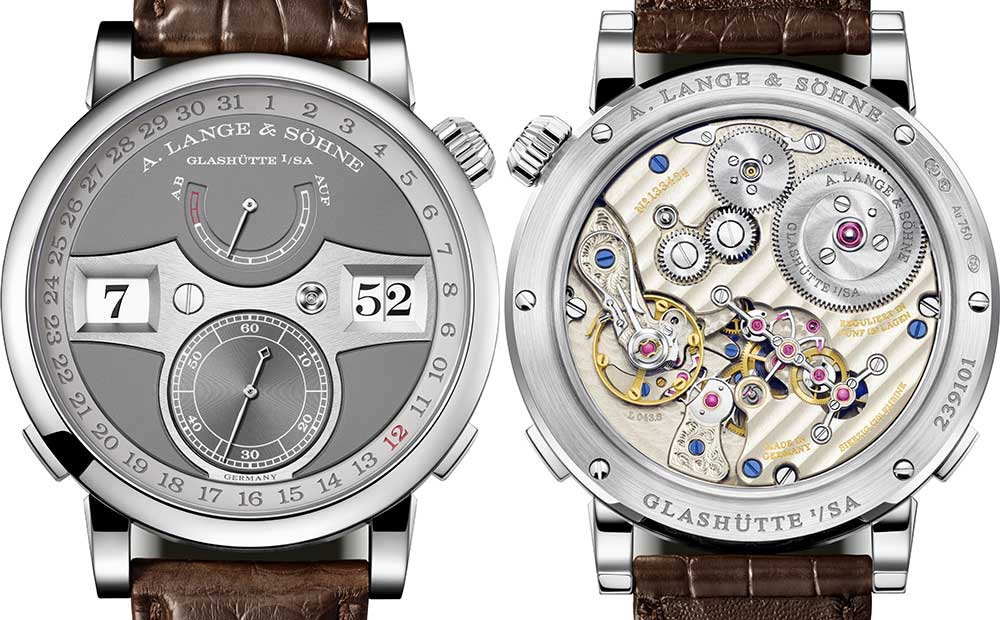 In the 44.2mm-wide, white-gold case, a new calibre has been specially developed for the model, since the inclusion of the date complication required precise adjustment covering 24 hours. The architecture of the L043.8 hand-wound movement is based on a skilful combination of 516 components. 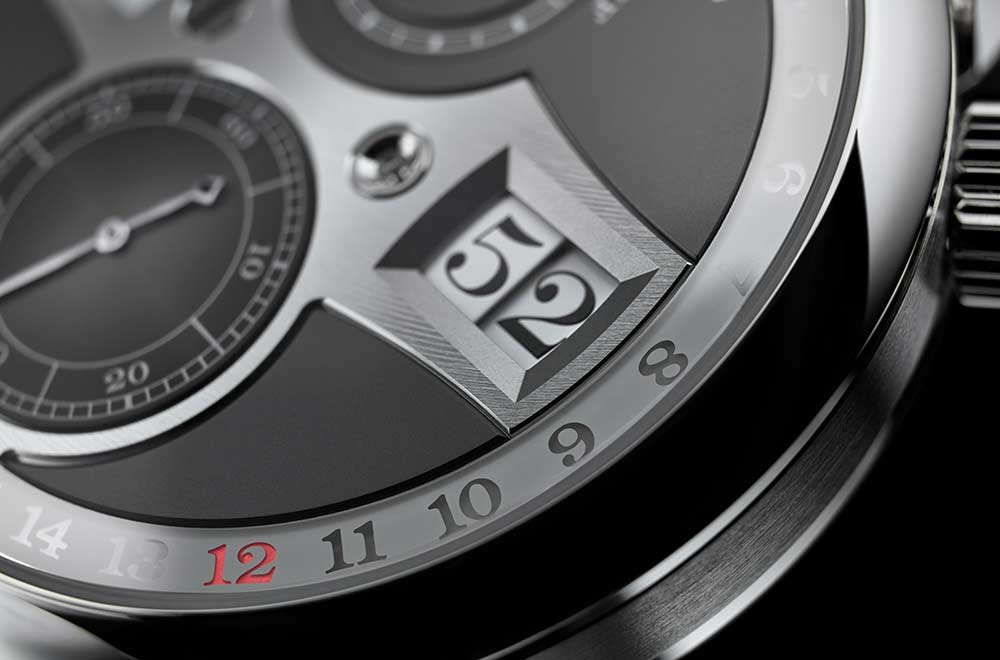 When fully wound, the watch will run to perfection for 72 hours. The complex mechanism equipped with a constant-force escapement also provides enough energy to make adjustments using the monopushers. A press on the button at 8 o’clock will set the date. Surprisingly, the switching impulse is only generated when the button is released. The same goes for the button at 4 o’clock. This resets the time in complete independence without affecting the calibre. An impressive feat! 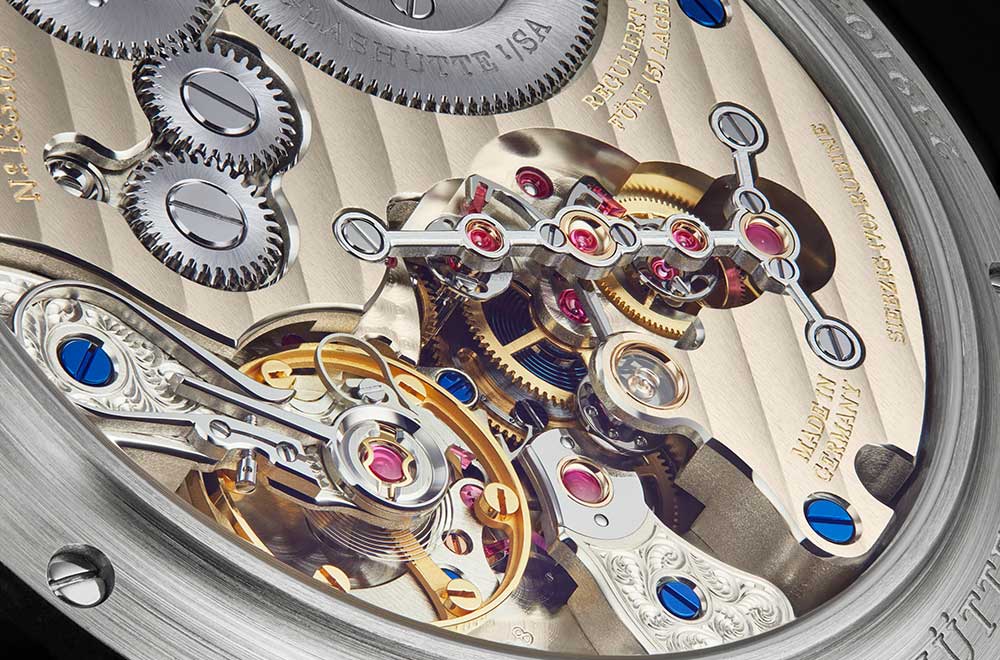