The second limited edition out of the five planned watches marks 50 years of the Monaco by TAG Heuer and sports a red dial with the same intensity of color as a race car.

While the 87th edition of 24 Hours of Le Mans was in full swing, TAG Heuer unveiled the second limited edition which marks 50 years of its iconic model, the Monaco. It was on this circuit that the legend was born 48 years ago. In all the takes, during the filming of Le Mans in 1971, Steve McQueen (1930-1980) wore the watch belonging to his friend and racing driver Jo Siffert (1936-1971), the first Heuer brand ambassador. An influencer ahead of his time, the actor unwittingly helped the commercial success of the watch.

In contrast to the first limited edition unveiled on May 24, the second Monaco 1979-1989 Limited Edition has a red sunray-effect dial. Two counters are contained within this bright coloring, one for the small seconds, the other for the chronograph minute counter. The time information and the short-time measurement are powered by a variation of the automatic movement released in 1969. The 11 caliber (40-hour power reserve) presides in the 39 mm square case, redesigned at the end of the 1990s. The crown is placed conversely at 9 o’clock and the two pushers which are now slimline are at 2 and 4 o’clock .

For this livery, the limited edition in just 169 pieces comes with a sporty strap in perforated black calf leather and a folding buckle. Every piece comes in a box matching the colors of the watch and the decade it celebrates. 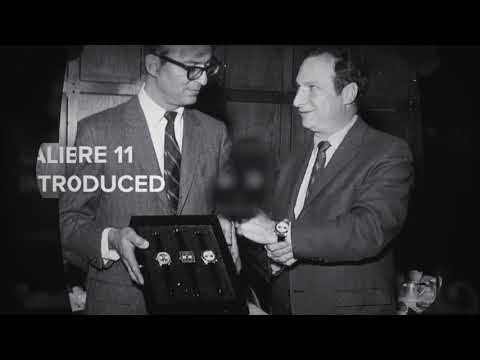