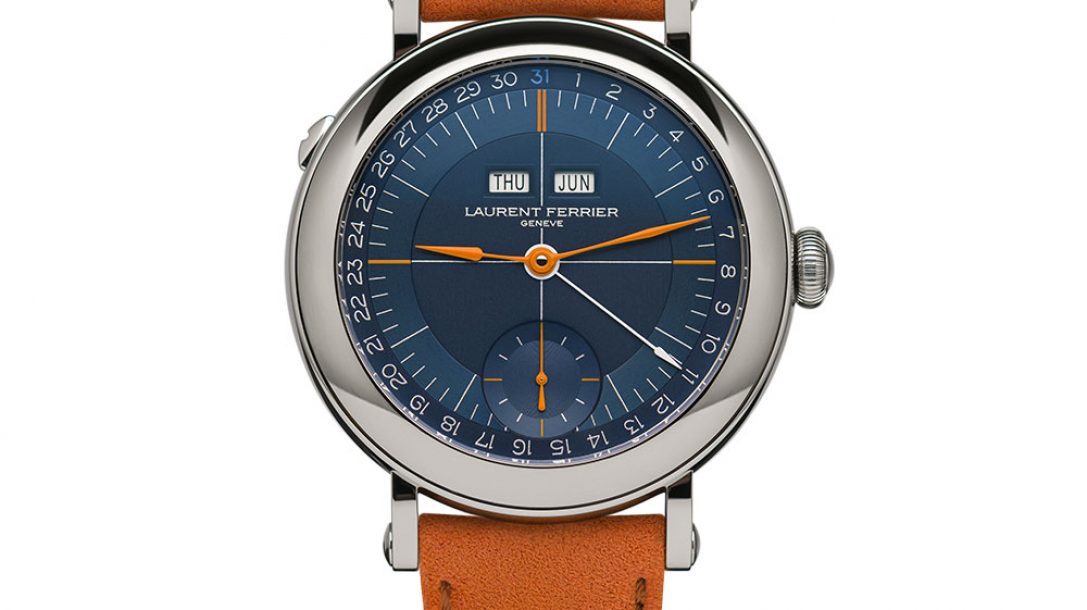 A MEASURE OF HAPPINESS

In keeping with the delicacy and craftsmanship that distinguishes each of his timepieces, Laurent Ferrier presents a new, highly exclusive series of his annual calendar, beautifully displayed thanks in particular to the marriage of blue and orange.

If refinement were a palpable emotion, even at the touch of your fingertips, Laurent Ferrier would be its founding craftsman. Each of the timepieces lovingly conceived and crafted in his workshop in Plan-les-Ouates, the very epicenter of Geneva watchmaking, is an ode to beauty and mechanical perfection. Its latest opus, the Navy Annual Calendar School “Workshop Series II” watch, is no exception to what would seem to be a rule and a line of conduct. Apart from its undeniable elegance, this very exclusive edition, producing only ten timepieces, is a firework display for the eyes, and the wrist as well, notably brought about by a dynamic marriage between the blue of a summer sky and the orange of a setting sun. 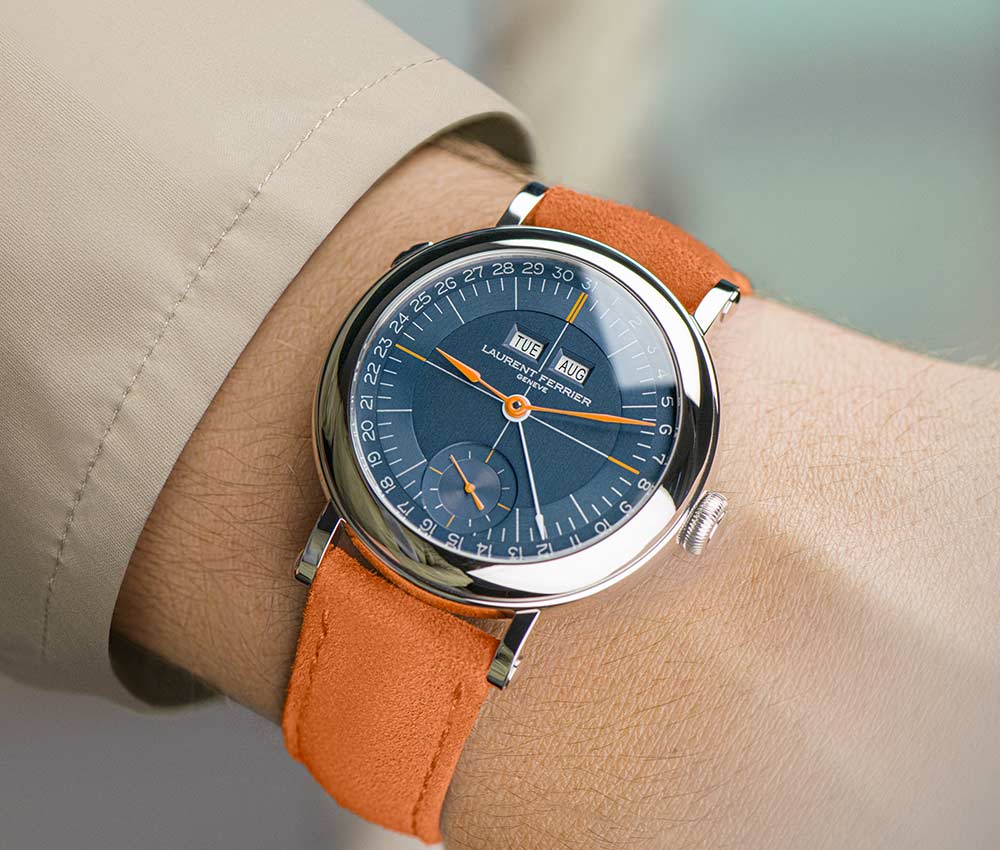 It is inspired by a casing created by Laurent Ferrier when he was a student in watchmaking school. The steel case measures 40mm and is punctuated by a fluted ball-type crown and a push-button at 10 o’clock for the day setting. It houses the manual caliber LF126.01 providing 80 hours of power reserve. Which is shown on the back of the watch when you turn it over to admire the decorations on the sapphire crystal-covered caseback.

Finished in blue, the dial captures light by alternating two types of satin-finishing, vertical in the center and circular under the hour ring that borders the flange. Like lightning in the dark of night, the orange color coats the two assegai-shaped hands that indicate the hours and minutes. The baton-type small seconds hand and the three markers illuminate the light gray indexes. Also positioned in the center, a white hand displays the date by following a band of numbers from which the 31 stands out in sky blue. Towards 12 o’clock, two windows show the day and the month on a light background.

To accentuate the softness of the overall look, the watch is worn with a blue or orange nubuck strap that closes with a steel pin buckle.

Other articles about Laurent Ferrier