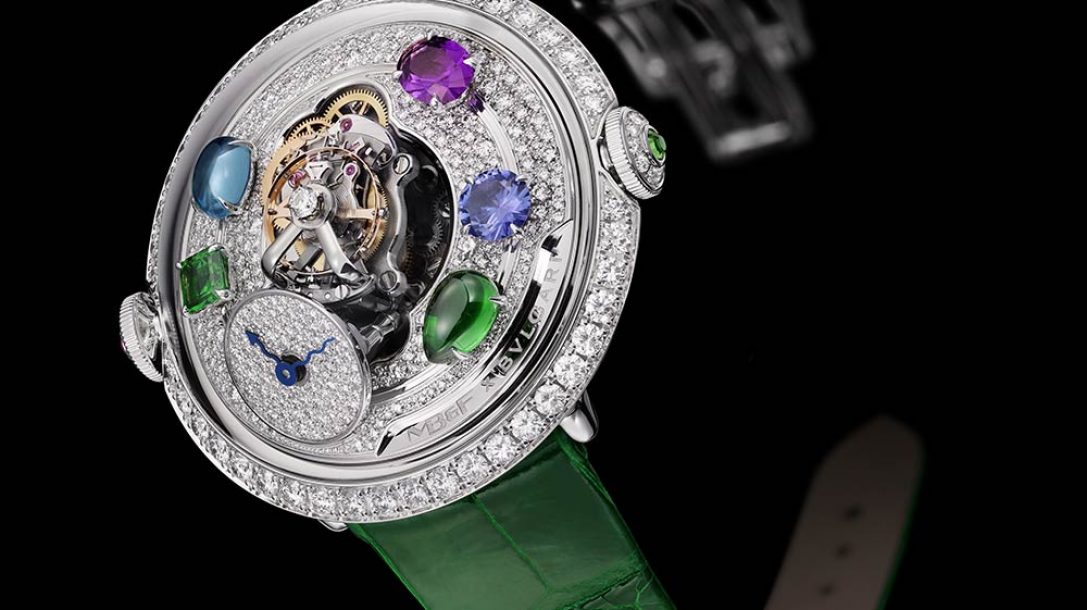 A precious alliance between two radically different visions of modern watchmaking, this sparkling watch is an invitation to enchantment, a spellbinding walk somewhere between Geneva and Rome. 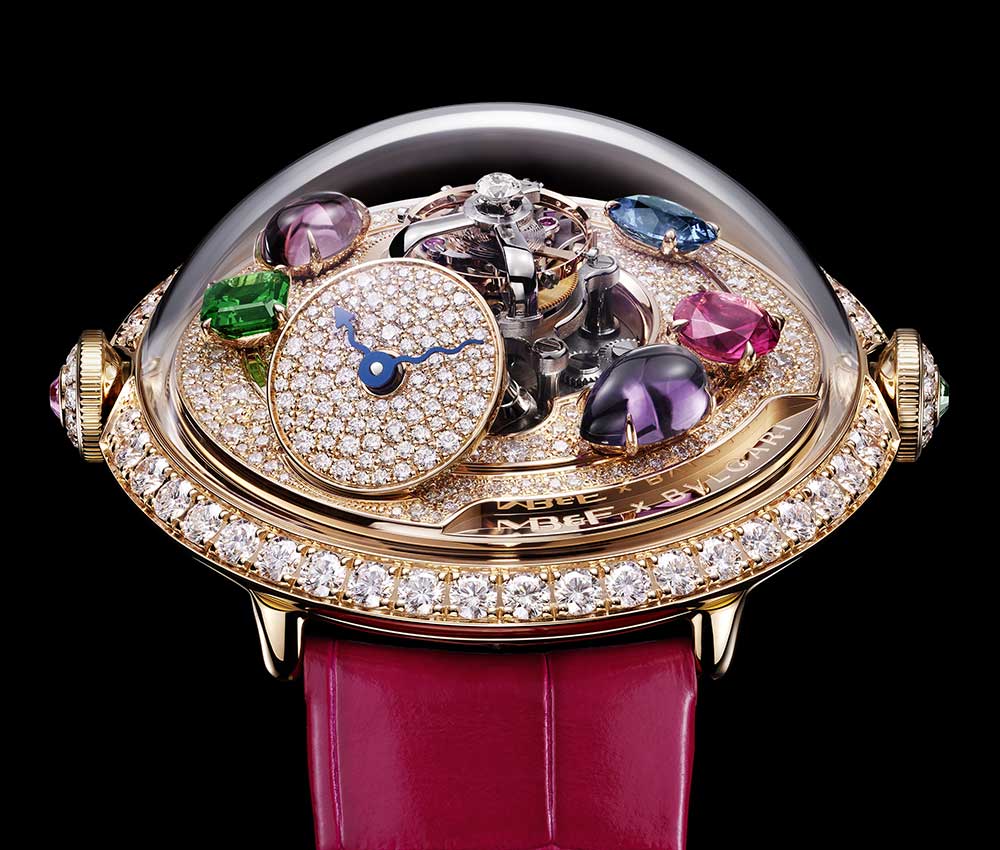 Last November, during the highly anticipated Dubai Watch Week, which brought together more than 50 brands in an idyllic setting, journalists, retailers and visitors had eyes only for her. The announcement of a collaboration between MB&F, the young, ultra-creative Geneva-based company led by its founder Maximilian Büsser, and Bvlgari, the Roman watchmaker and jeweler with a refined style defined by Fabrizio Buonamassa Stigliani, its Product Creation Executive Director, naturally aroused everyone’s curiosity. No one was disappointed. On the contrary. Everyone fell under the irresistible spell of the LM FlyingT Allegra, both aerial and bewitching, elegantly combining two radically different visions of modern watchmaking. 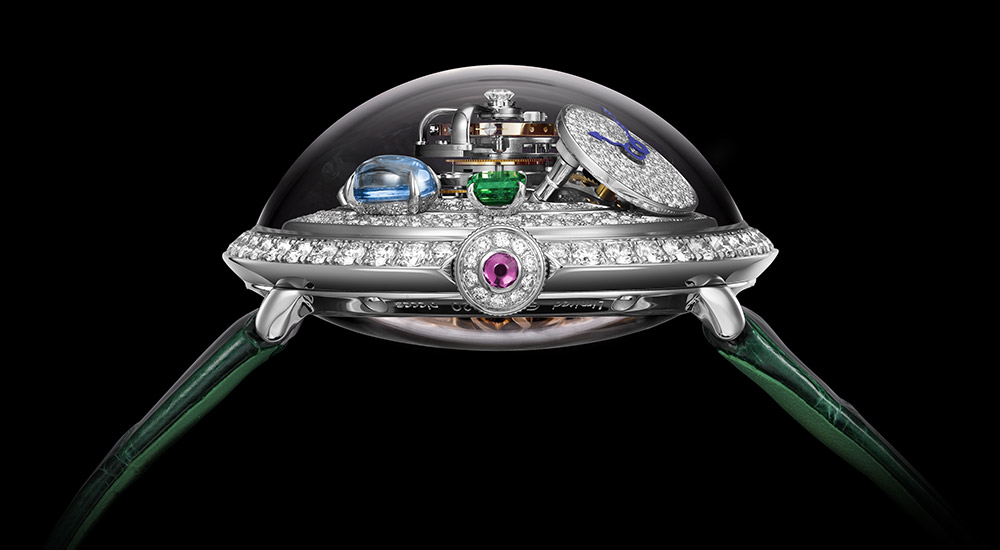 Under a sapphire crystal bubble, a bed of diamonds hosts gems of different colors and shapes. Tourmalines, amethysts, tsavorites, topazes and rubellites, cut in oval, round or square shapes, lead the dance around a mechanical column that rises like an animated totem. The stone-covered dial seems to be leaning against this vertical structure, topped by a flying tourbillon with a diamond-set cage. Placed at an angle of 50°, this disc, flown over by two blued serpentine hands, allows its owner to read the time discreetly. 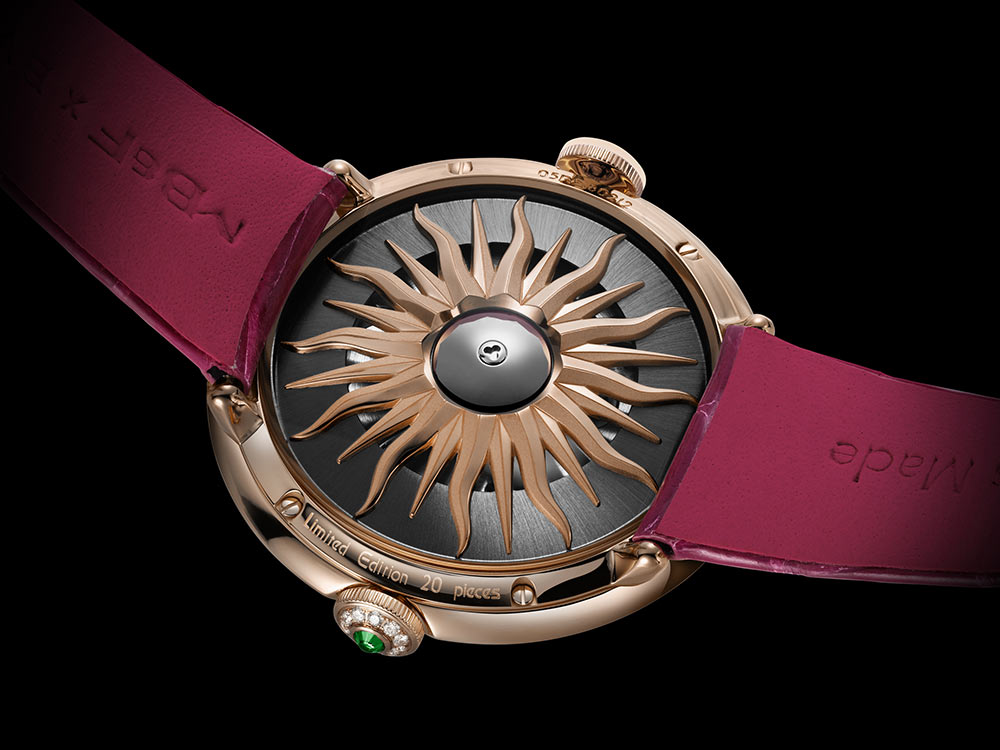 Inside the 39mm diameter case in white or pink gold beats an automatic caliber with a frequency of 2.5hz. This movement developed by MB&F provides a power reserve of 100 hours.