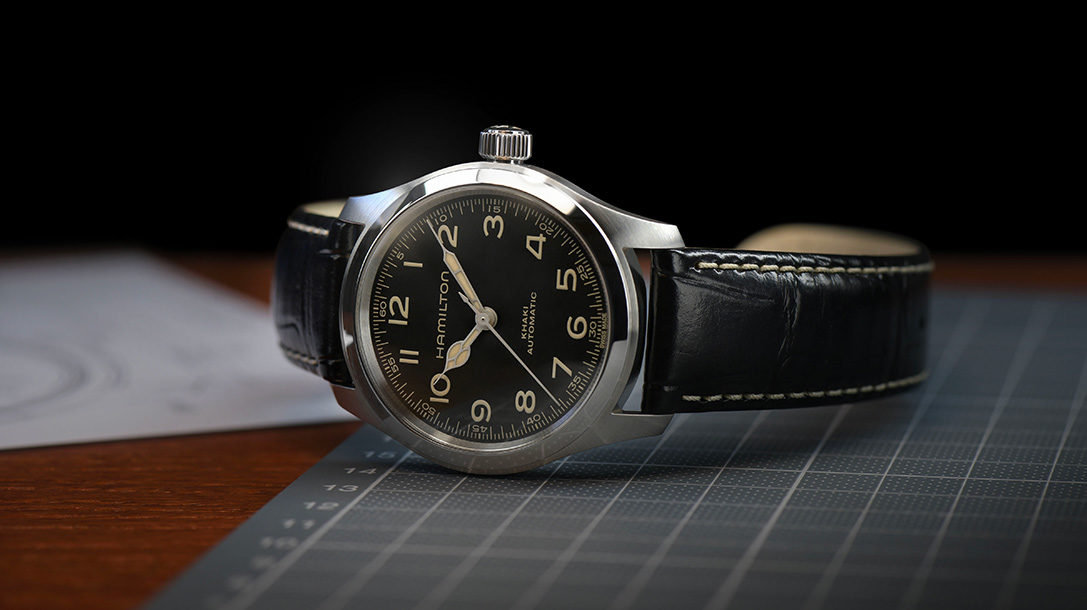 A true reproduction of the original model appearing in the Hollywood blockbuster, this version adopts a new diameter that can be worn by all.

In 2014, Christopher Nolan directed one of his most beautiful works in which the exploration of space-time is made to the rhythm of a masterful soundtrack composed by Hans Zimmer. Watch enthusiasts were also delighted, because a Hamilton watch plays a crucial and symbolic role. Passed on by the hero played by Matthew McConaughey to his daughter, Murph, played by Mackenzie Foy and then by Jessica Chastain, the watch symbolizes an unbreakable link between the generations. Fans of the film as well as collectors flocked to the model finally released in 2019 in the 42mm size. The brand came up with the excellent idea to reissue it in a new dimension. The Khaki Field Murph returns in a 38mm diameter case, waterproof down to a depth of 100 meters, accompanied by a leather wristband fastened with a pin buckle.

The sandblasted cathedral hour and minute hands are powder coated with beige Super-LumiNova®. The hour circle featuring Arabic numerals is also covered with the same luminescent paint. The elegant setting stands out against the black dial, ensuring optimal readability even in the dark. Although the aesthetics are intended to be vintage, the mechanics are resolutely contemporary. The timepiece is powered by the H-10 caliber. This self-winding movement produces a comfortable power reserve of 80 hours. A stop second system enables accurate time setting. Ideal features for keeping your time markers under all circumstances!

Other articles about Hamilton