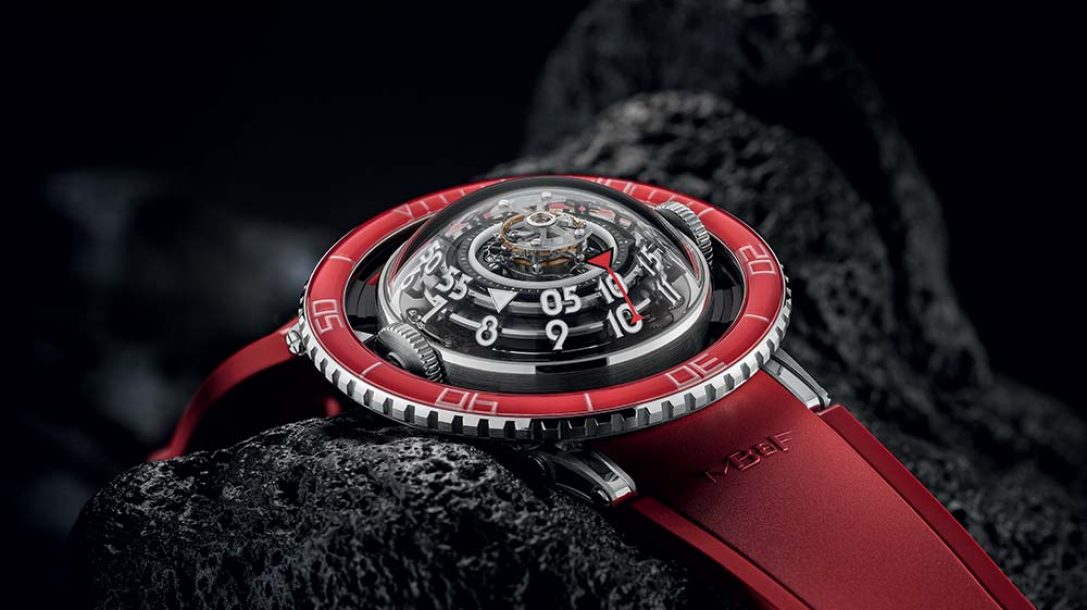 With this version of HM7 Aquapod, MB&F continues its fantastic voyage into a mechanical realm inhabited by fabulous creatures which combine precious materials and vivid colors. 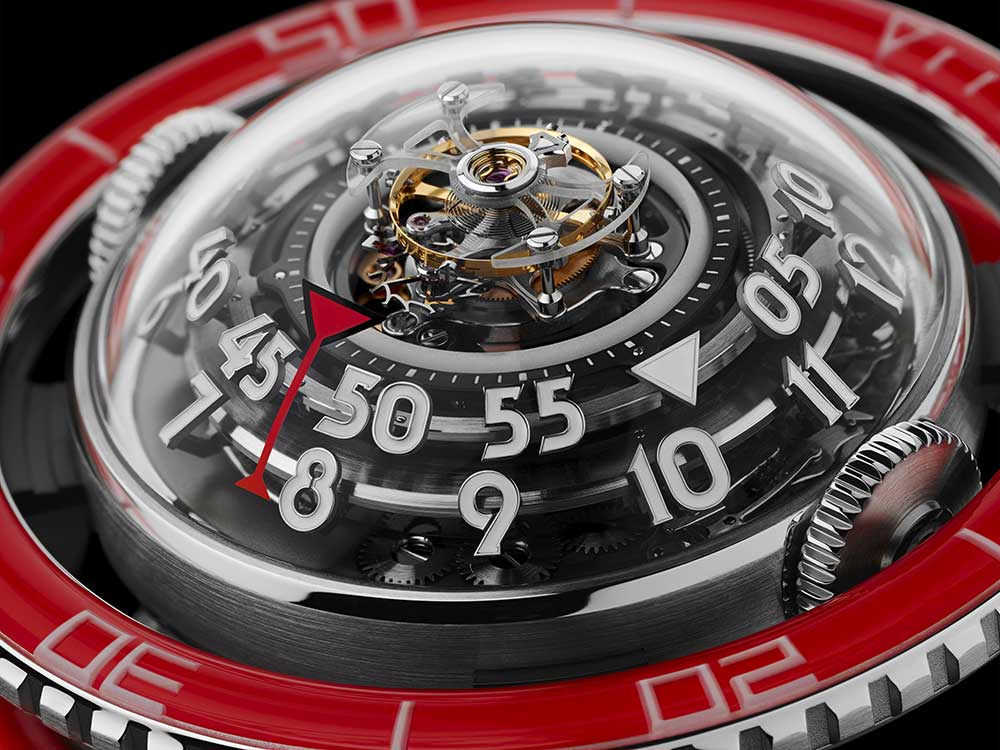 Seabed exploration often gives us the chance to discover new creatures in bizarre shapes and sometimes intense colors. It is this surprising marine biodiversity which inspired the friends of MB&F to design Horological Machine N°7 also known as HM7 Aquapod. After the Titanium Blue, Red Gold and Titanium Green, the Platinum Red version is just waiting to be caught in the fishing net of a strong-minded watch aficionado. For this model, the complex architecture comprising 83 components, contained within two sapphire crystal hemispheres, is joined together by a 53.8 mm platinum plate topped with a red unidirectional bezel. The omnipresence of the blue-tinted luminescent materials, Super-LumiNova® and AGT Ultra (Ambient Glow Technology), completely transform the 25 pieces of this limited edition HM7 in the dark. 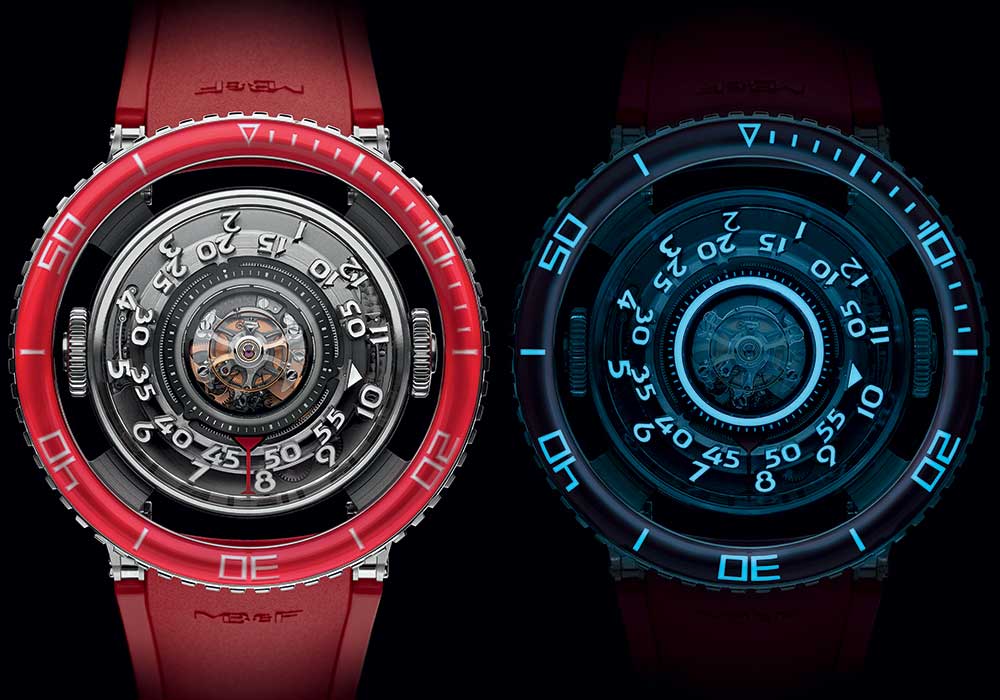 Under the sapphire dome, the hours and minutes rotate on a vertical axis. This unique concentric movement architecture gives the impression that they are floating. The composition is topped with a 60-second flying tourbillon. The self-winding caliber provides a power reserve of 72 hours. It can be recharged using the crown positioned on the left. The crown on the right is used for setting the time of the watch. 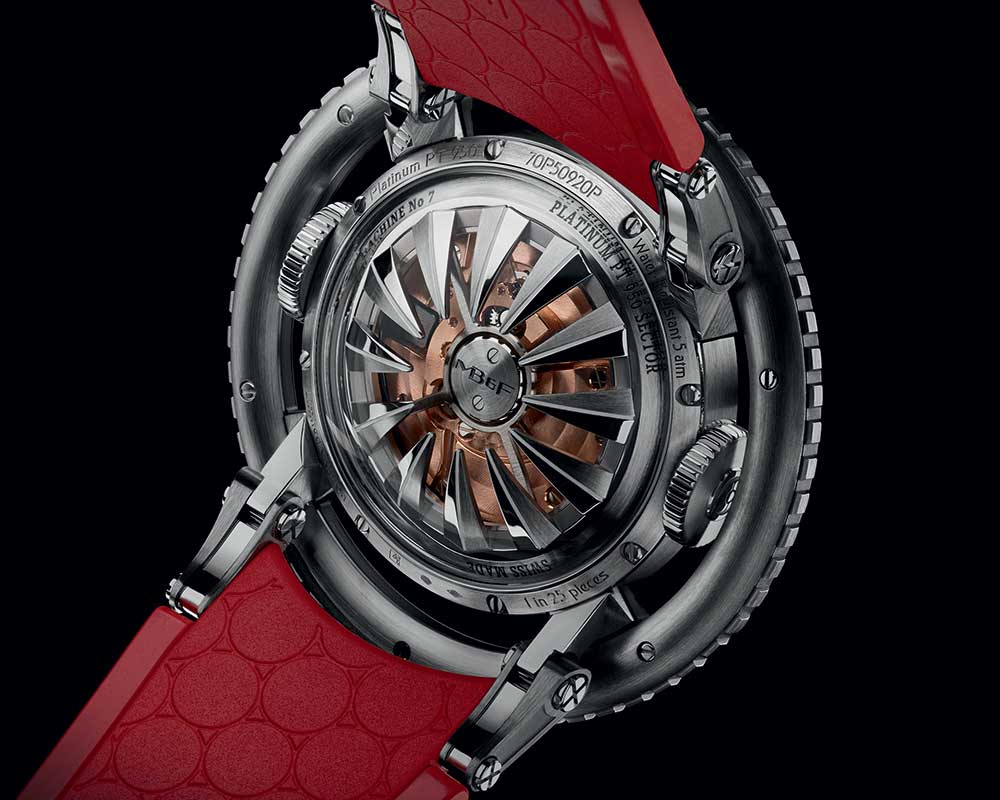 Other articles about MB&F