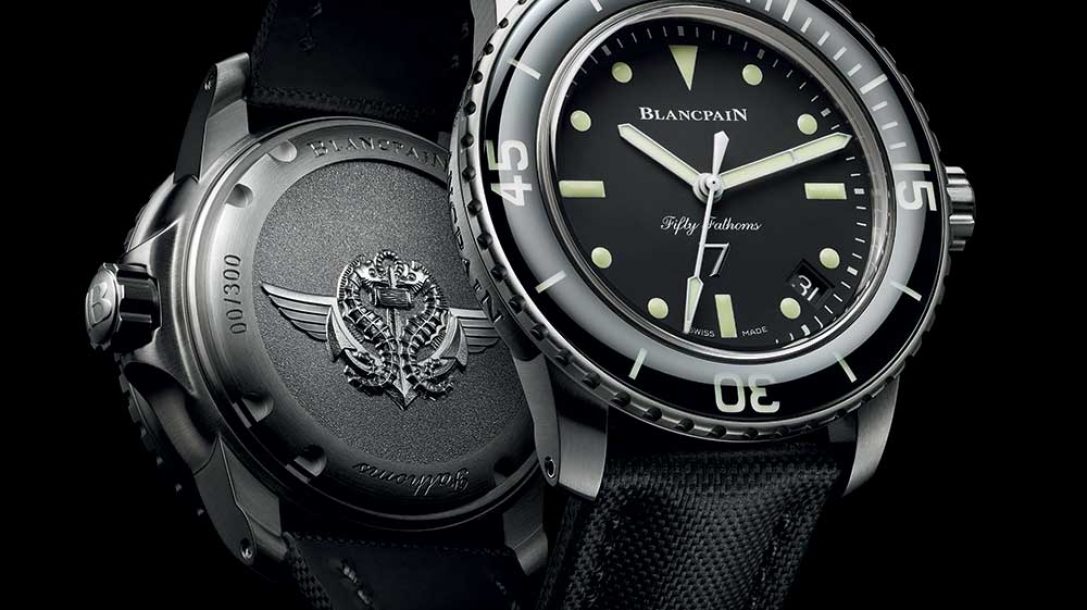 ON A SPECIAL MISSION

Sixty years ago, the watchmaking company created the first modern diver’s watch for the deep-sea missions carried out by the “Nageurs de combat” (Combat Swimmers) military unit. Today, a 300-piece limited edition pays homage to the courage of those ocean experts.

When he joined Blancpain in 1950, Jean-Jacques Fiechter set out to develop a timepiece to accompany professional divers. He himself being passionate about underwater exploration, he understood that such a watch would need to be sturdy, water resistant, reliable and easy to read. Two years later, he was contacted by Robert “Bob“ Maloubier and Claude Riffaud, the founders of the Combat Swimmers, a military unit comprised of formidable divers tasked with deep-sea missions. Named Fifty Fathoms, the watch was born in 1953 and was quickly tested and approved by the Combat Swimmers and added to their kit. 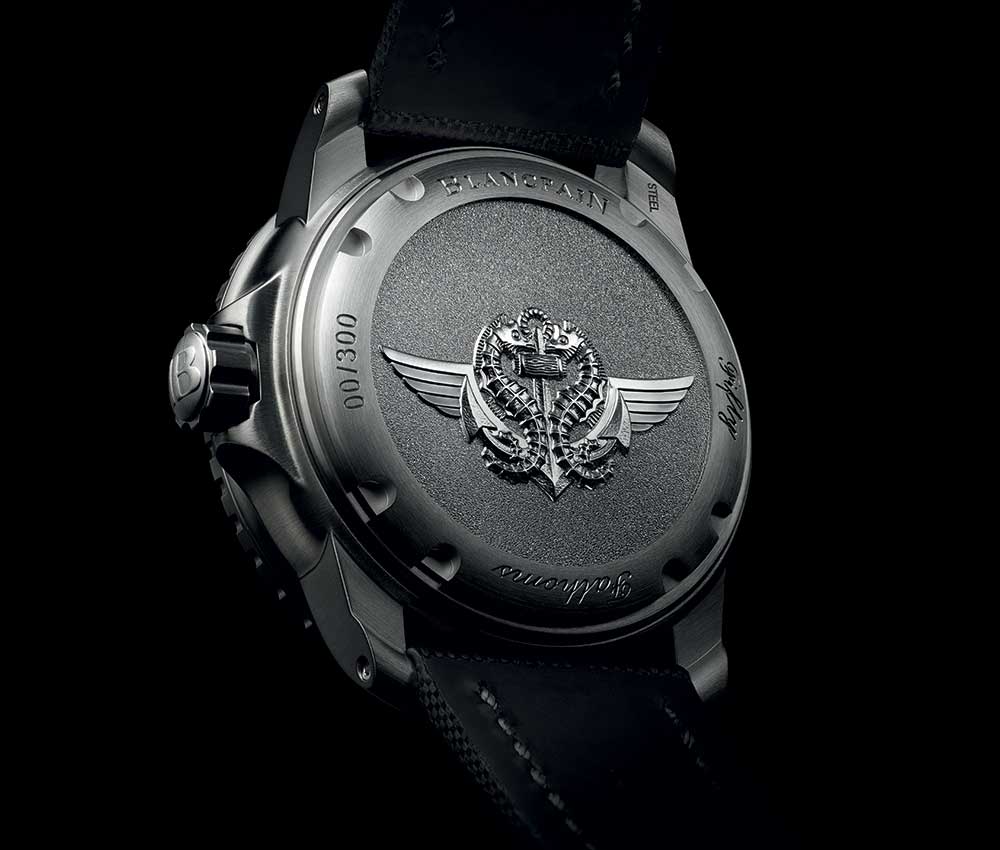 This year, the Vallée de Joux-based brand is offering a 300-piece limited edition in homage to those seabed experts, the Fifty Fathoms Nageurs de combat model. Inspired by the original timepiece, it comes in a 45-mm steel case topped with a unidirectional rotating bezel. The luminescent scale inscribed on the latter is protected by a curved sapphire ring. The robust case back bears an engraving of the military unit’s qualification badge consisting of an anchor flanked by two winged seahorses. 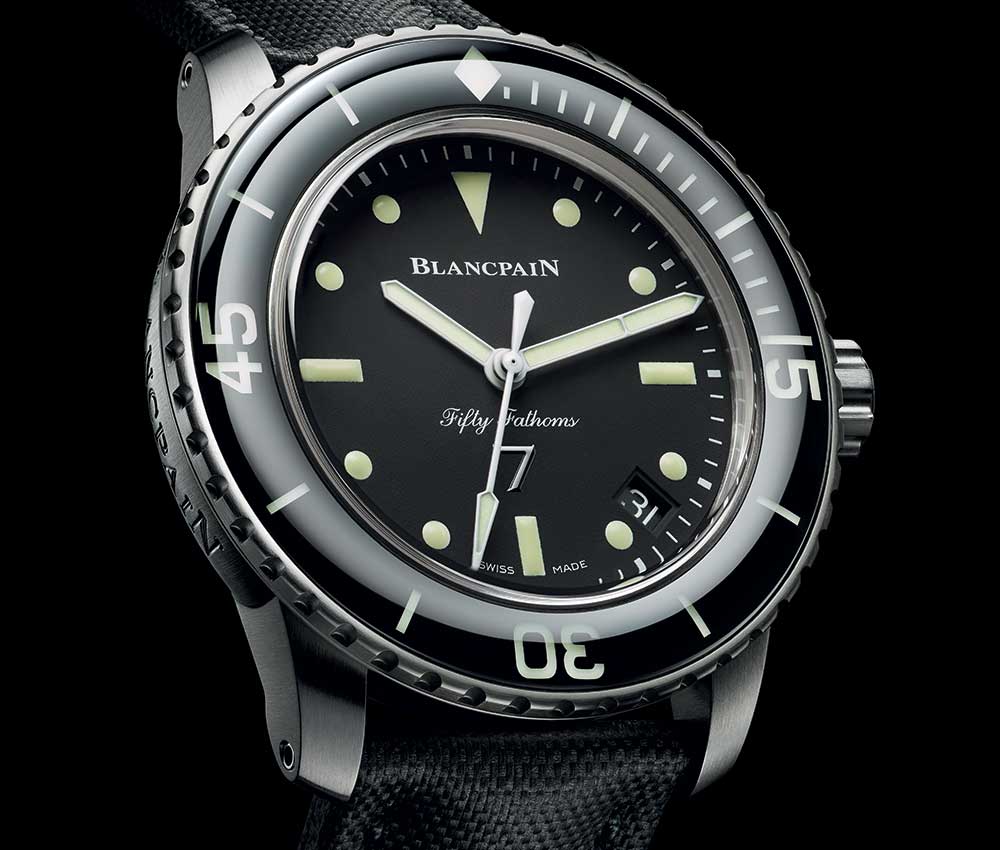 On the matte black dial, the geometric index markers including the famous triangle at 12 o’clock, and the white hour, minute and second hands in the center are generously coated in Super-LumiNova® to make them visible in even the most extreme conditions. A date window at 4:30 completes the information.

The Fifty Fathoms Nageurs de combat is regulated by the automatic 1315 caliber. With three barrels fitted as standard, it provides a power reserve of 5 days (120 hours).