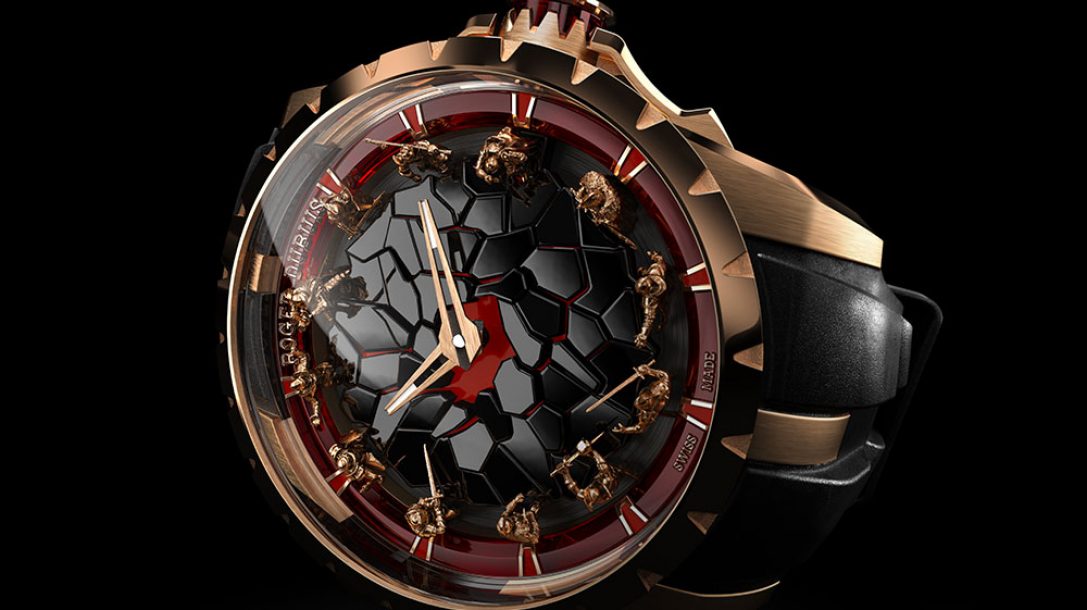 Like a demiurge of fine watchmaking, the manufacturer pursues its passion for exclusivity with a striking original series highlighting artistic craftsmanship. 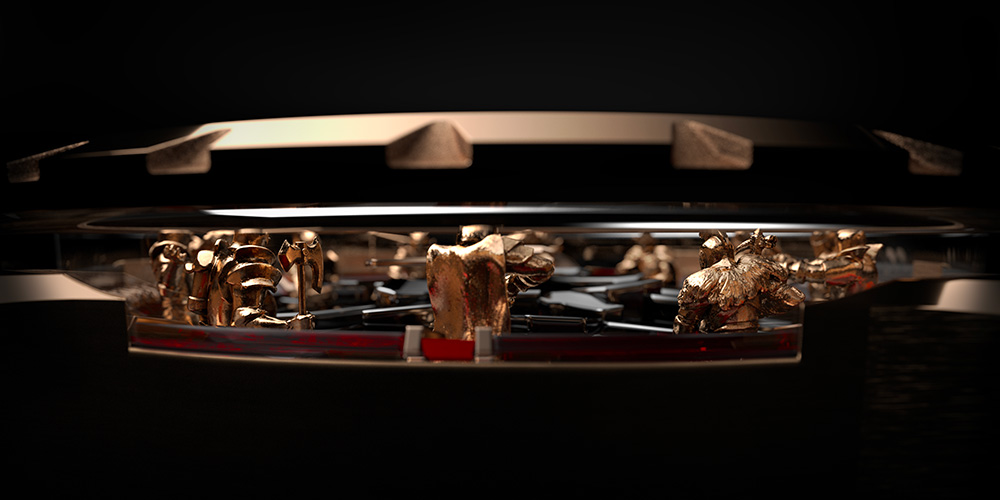 Hostile territory ideal for heroic adventures… By introducing the Excalibur Knights of the Round Table watch at the start of the year, Roger Dubuis unveils a new chapter in the saga inspired by the Arthurian cycle begun in 2012. While its pink gold case remains identical in diameter to the previous models at 45mm, the scenario in which the miniature valiant fighters are positioned as markers reveals a completely different story. The 12 figurines, finished with an extremely fine microsculpture, are forever captured in motion, weapons in hand and ready for any feat of bravery. They appear inside a dial made of Murano glass. The Venetian craftsmen magnified the appearance of this limited edition of 28 timepieces by creating a shiny black surface crackled under the pressure of a deep red magma. To fully appreciate this scene, a sapphire crystal is positioned between the case and the bezel. 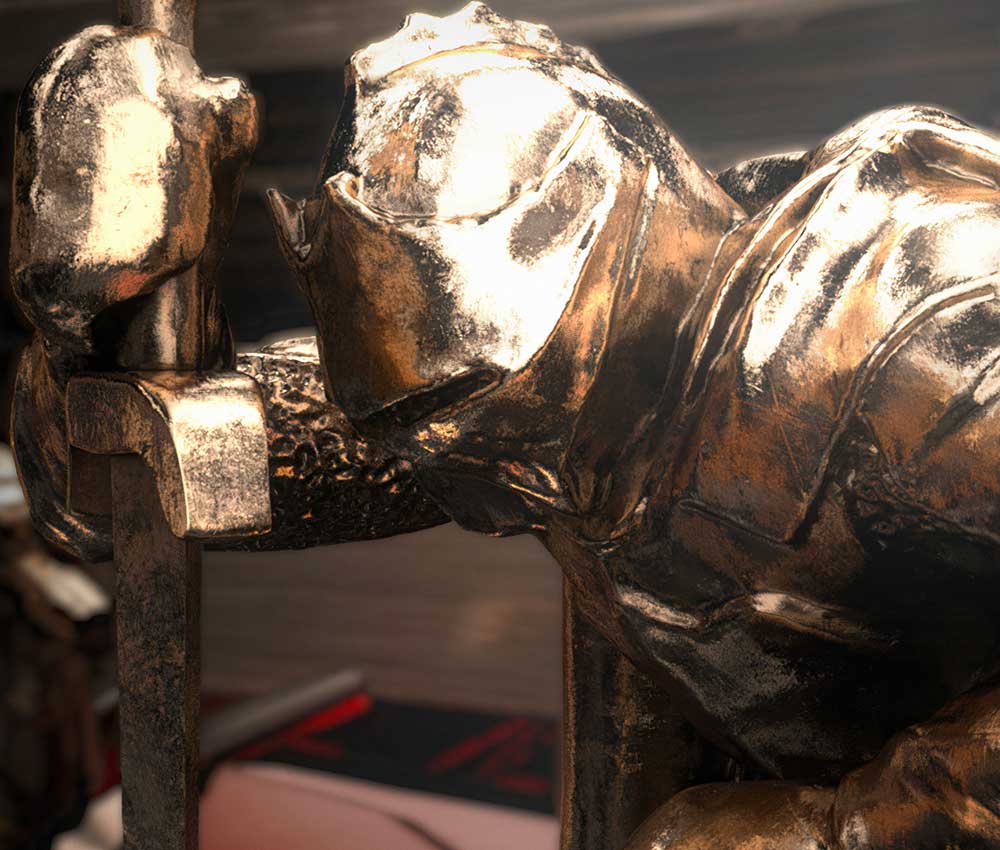 The hands are still powered by the RD 821 caliber. This self-winding mechanism with 48-hours of power reserve stands out thanks to its new openworked oscillating weight. The latter, composed of two levels of inverted pyramids, forms an aesthetic geometrical structure that is revealed through the case back. 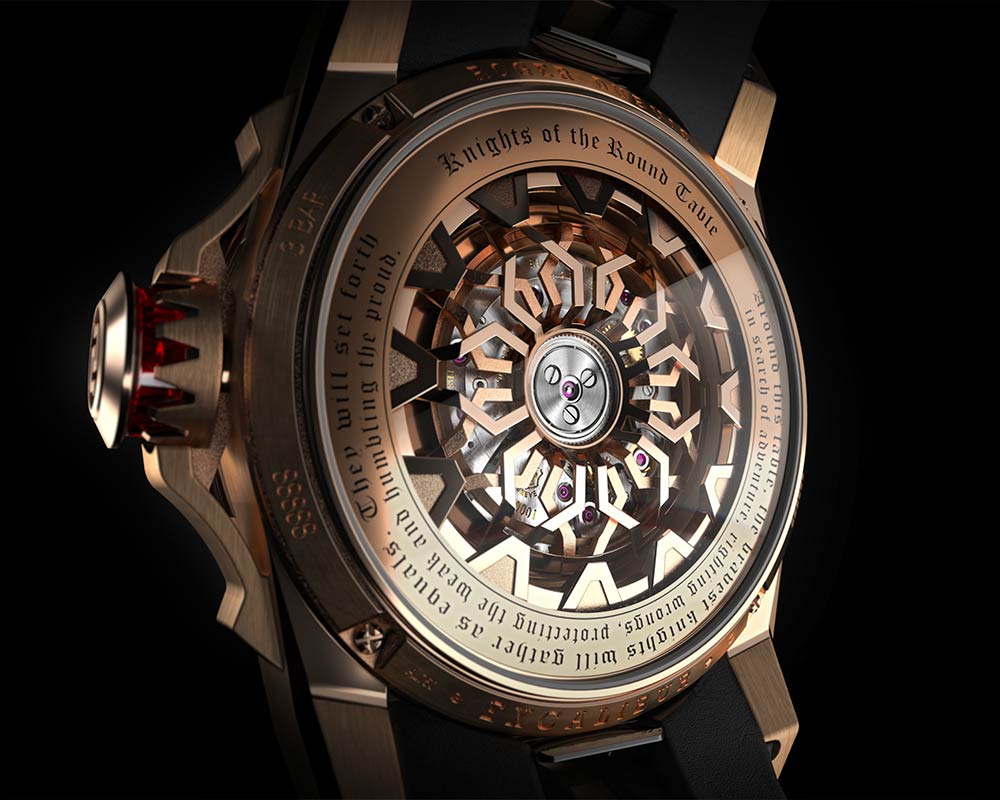 To reinforce this expressive appearance, a black calf leather wristband is equipped with a quick-release system that can be switched according to the wearer’s wishes and accompany one’s every quest.

Other articles about Roger Dubuis