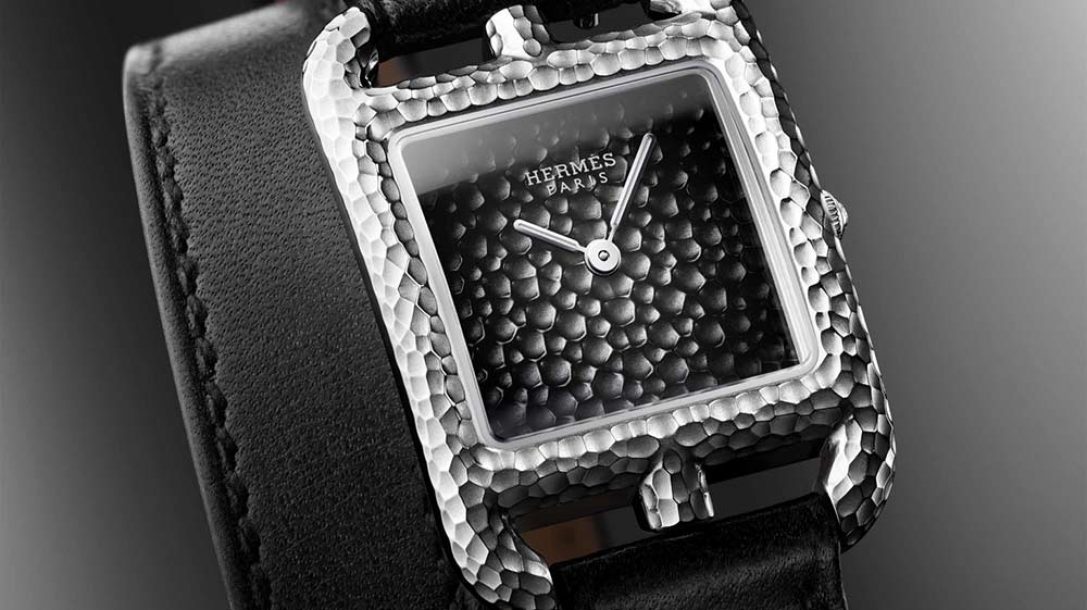 The Parisian house’s iconic timepiece, which perfectly weathers torments of time, embraces a technique formerly reserved for jewelers to adorn its silhouette and its face with a patinated effect which invites it to play with light.

In just 30 years of existence, the famous “square inside a rectangle” watch, imagined by the creative genius Henri d’Origny in 1991, has become an icon symbolizing Hermès’ watchmaking. And, like any icon worthy of the name, Cape Cod evolves over time, espousing trends, without ever becoming outdated. At the start of this troubled year, the Parisian house unveiled a new watch called Cape Cod Martelée as this piece adopts a historic skill originating in the jewelry world which center stages its highly-refined, slimline silhouette: hammering. 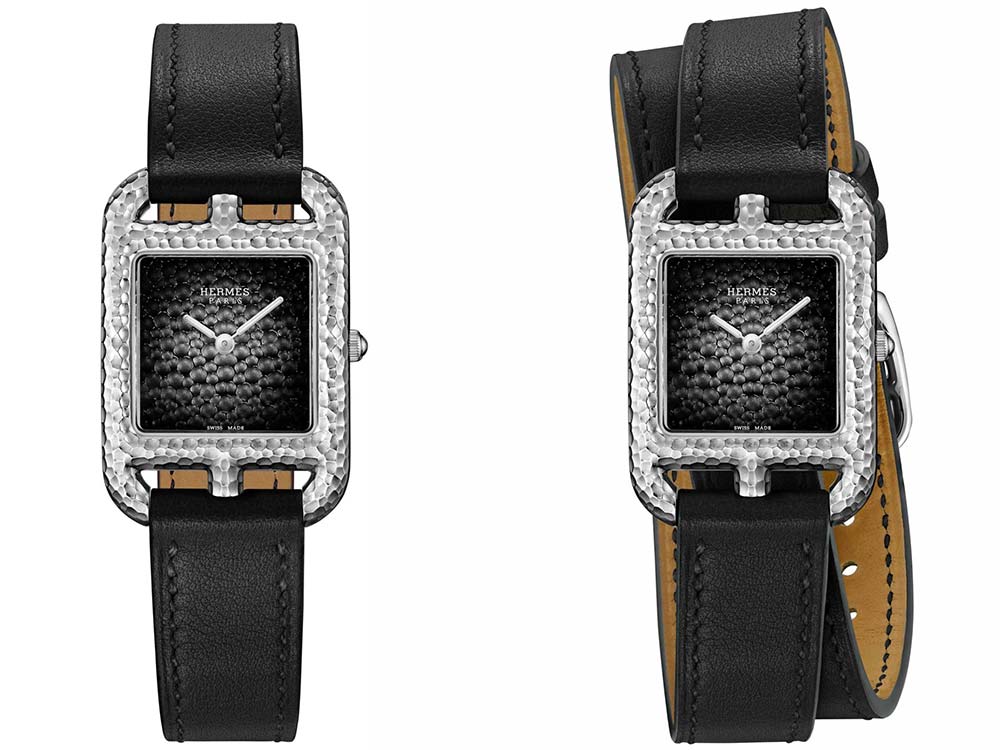 The process consists in working the metal by hitting it repeatedly with a hammer and a small beaked anvil, to create tiny alveoli on the surface of the material. The small grooves obtained grant the metal a soft-to-touch, matte patinated effect which catches the light; a result perfectly reflected on the Cape Cod Martelée’s 23×23 mm steel case as well as on its dial. The watch’s face, featuring gradient tones of anthracite gray in the center veering to intense black, is covered with a layer of translucent lacquer which makes the ensemble dazzle. At the heart of this dusky face, two silvered baton-style hands display the hours and minutes in a simple fashion, driven by a Swiss-made quartz movement. 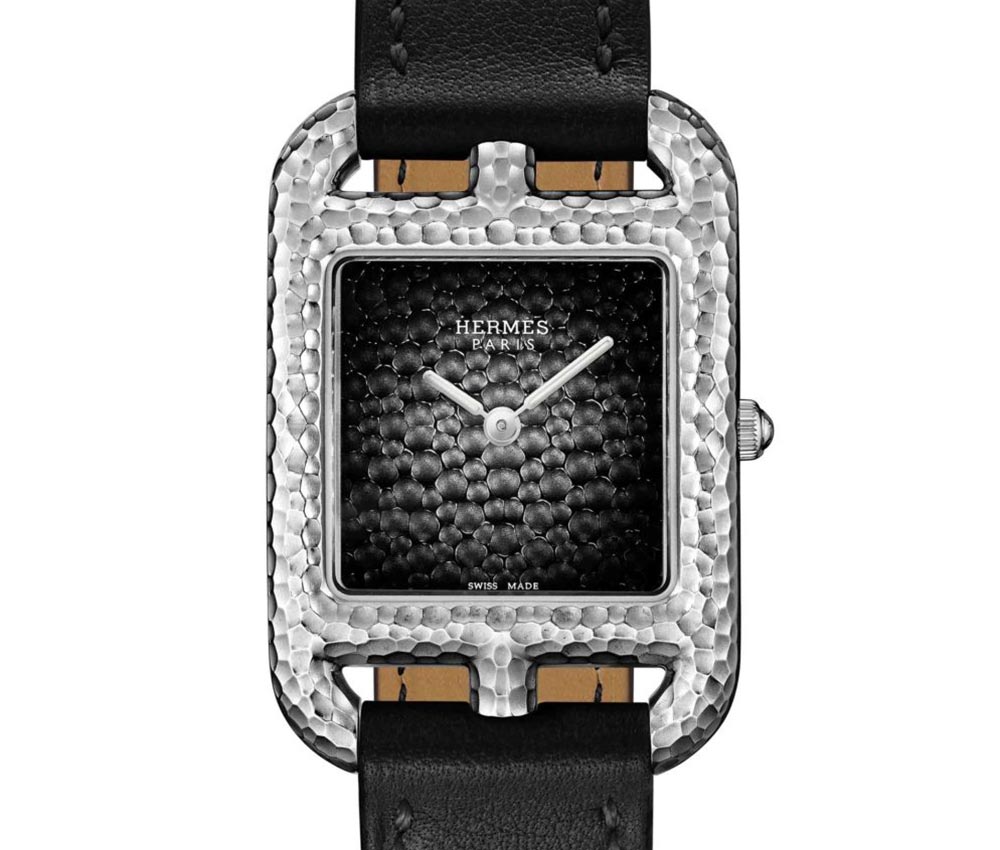 This newcomer from Hermès is complemented by an elegant black Barenia calfskin strap, proposed in single- or double-wrap versions, clasped by a steel ardillon buckle.

Other articles about Hermès