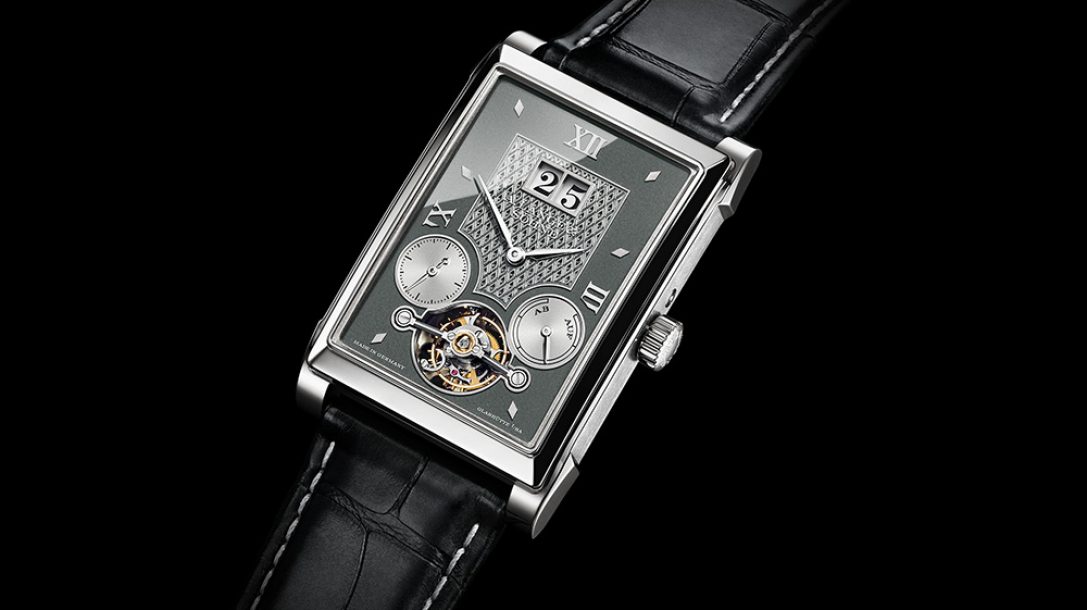 For highly-demanding collectors, the Glashütte manufacture invites to discover a masterpiece of its exceptional savoir-faire. Once again, craftsmanship and art are but one!

In 2008, A. Lange & Söhne unveiled a one-of-a-kind watch that stood out from its other creations, the Cabaret Tourbillon. What was so special about it? Besides its rectangular profile, it was the German brand’s first-ever watch to boast a stop-second device to reset the time precisely. Three years later, the Handwerkskunst series was launched, characterized by a style showcasing outstanding finished and embracing métiers d’art. This year, the Saxony-based watchmaker complements this collection with a seventh model issued in just 30 pieces. The Cabaret Tourbillon Handwerkskunst with its Art-Deco-inspired design excels with its white gold dial, topped with a semi-transparent layer of enamel infused with an array of metallic gray nuances and adorned with a hand-engraved lozenge pattern. The small seconds, the power reserve indicator inscribed with “AB/AUF”, the can’t-do-without large date at 12 o’clock and the regulating device at 6 reign in this harmonious scenescape. 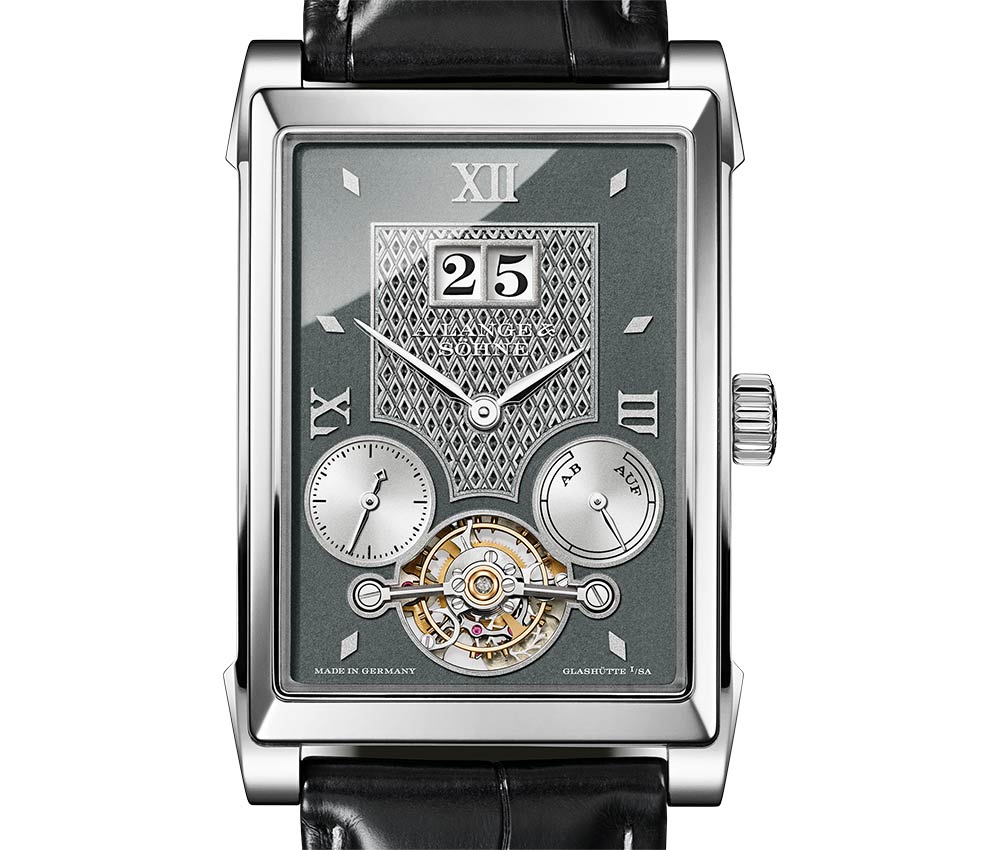 Its platinum case (29.5 x 39.2 mm) protects the caliber equipped with a one-minute tourbillon featuring a stop-seconds. The balance wheel stops instantly when the crown is pulled and starts oscillating again when it’s pushed. The L042.1 mechanism assembled with 370 components also makes its mark through its performances. This hand-wound movement actually delivers a considerable 120-hour power reserve. 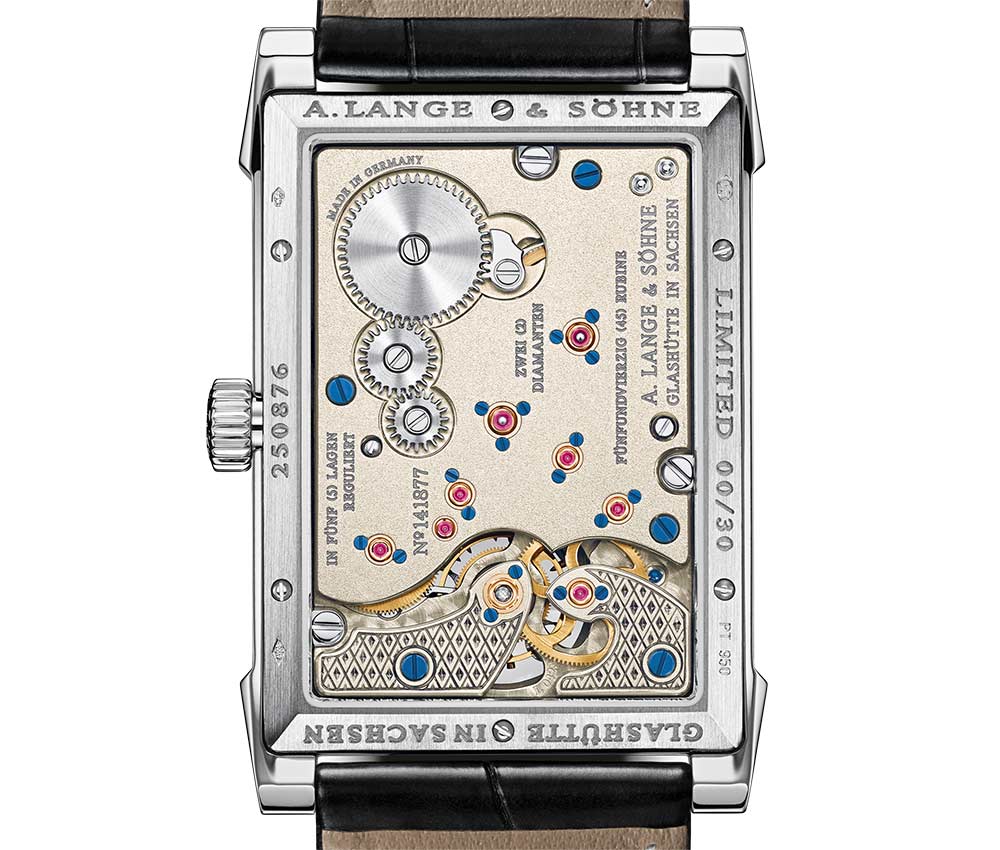 This limited edition comes complete with a black leather strap attached by a folding clasp crafted in the same material as the case.