During the National Convention and its republican calendar, on 7 Messidor IX, the master watchmaker jolted academic thinking with an invention that would not be unveiled to the public until five years later.

In 1801, on June 26 to be precise, patent no. 157 entered into watchmaking history. Its patentee, Abraham-Louis Breguet, revolutionized the precision of a mechanical movement with a mechanism capable of countering the negative effects of gravity. The advent of the wristwatch in the 20th century enabled several watch brands to distinguish themselves by their ability to integrate a tourbillon into a caliber. To celebrate the 220th anniversary of the genius watchmaker’s most famous invention, the namesake manufacturer is unveiling a limited edition of only 35 examples, the Classic Tourbillon Extra Flat Anniversary 5365. In an exclusive setting, the governing mechanism enclosed in its casing evolves within a silvered gold dial embellished with two distinct motifs, “clou de Paris” and “grain d’orge“. The ensemble integrates a delicate rose gold casing with a diameter of 41mm.

The traditional blued hands with “hollowed out apple” point to an hour ring made up of Roman numerals. These are driven by the caliber 581 visible through the sapphire caseback. This exclusive mechanism is distinguished by its commemorative inscriptions and the engraving that faithfully reproduces the watercolor drawing that Breguet submitted for the patent application for the tourbillon controller. This self-winding mechanism provides over 80 hours of power reserve.

To enhance its refined look, this model from the Classic collection comes with a brown leather strap finished with a folding clasp. 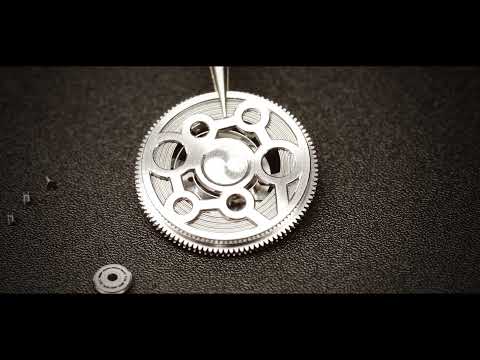