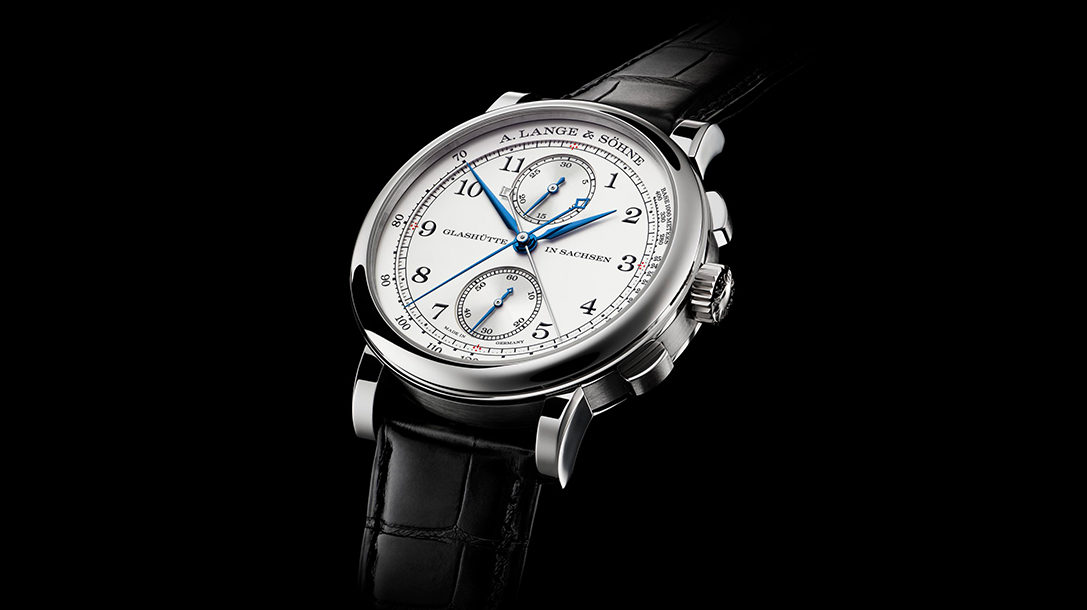 Thanks to its impeccable quality of manufacture, ergonomics, and design, this new creation of fine watchmaking from the German manufacturer once again verges on perfection.

At A. Lange & Söhne, chronographing has always been considered a fine art. From the Datograph in 1999 to the Tourbograph in 2005 and the Triple Split in 2018, the manufacturer consistently displays its ability to implement one of the most demanding complications with exquisite skill. This year, the new timepiece produced in a limited edition of 200, the 1815 Rattrapante, continues to follow this tradition with an extremely dexterous display.

On its sterling silver dial, a ballet of hands performs a choreography executed with utmost precision. The blued hands point to an ultra-legible hour circle, embellished with Arabic numerals, and rimmed by a tachymetric scale. The small second hand at 6 o’clock performs its gyrations. The presence of two second-hands provides the possibility of accurately and easily measuring short and intermediate times. A 30-minute counter situated at 12 o’clock helps to tally the results. All timing functions are controlled by three push-buttons perfectly integrated into the case middle of the 41.2mm diameter platinum case. The hand-wound L101.2 caliber with 58 hours of power reserve plays the role of conductor in this virtuoso ensemble. It was originally created for the 1815 Rattrapante Honeygold “Homage to F. A. Lange” unveiled two years ago. On this occasion, this sophisticated movement, hand-assembled with 365 components, is distinguished by its new and exemplary finishing that can be seen through the sapphire back of the case. Magical and majestic!