A WATCH STEEPED IN (HI)STORIES

To celebrate its 100th anniversary, the emblematic watch with its “cambered square” silhouette is infused with new life thanks to the meticulous work of the watchmakers and craftsmen from the Restoration workshop hosted inside the Geneva manufacture.

As an era of creative effervescence dawned in the wake of the First World War (1914-1918), would go on to be called the Roaring Twenties and would spread across several continents, Vacheron Constantin unknowingly sketched the silhouette of a future icon. This watch, different because of its case with its “cambered square” profile, as stated in notes preciously conserved in the manufacture’s archives, different because of its dial whose displays were offset to the left, was produced in just 24 pieces of which one only has been kept in Vacheron Constantin’s private collection. And, to celebrate the 100th anniversary of this emblematic watch, the watchmakers and craftsmen of the Restoration workshop have produced a piece identical to the original one: American 1921 Pièce unique.

To model and then to reassemble the historic calibre, the 115 components were first disassembled and analyzed. Specific elements came from the archives, others were recreated using traditional tools, some of which dated back to the 18th century. Everything was done exactly as it had been done 100 years ago to breathe life into the 1921 manufacture Caliber, a 4.31 mm-diameter hand-wound movement, boasting 16 rubies, beating at 2.5 Hz and delivering 30 hours of power reserve.

The same work-style holds true for the craftsmanship on the 31.5 mm-diameter case fashioned by a goldsmith using the same 18K 3N yellow gold as the original one and on the dial coated with white Grand Feu enamel where Breguet-type Arabic hour numerals, the railway-style minute tracker and the small seconds feature in black. The hollow moon-tip hour and minute hands were flamed blued.

This American 1921 Pièce unique, custodian of ancestral know-how and witness to rich heritage, set off with a chocolate calfskin strap clasped by an 18K 3N yellow gold ardillon buckle, is designed for pursuing its route via Vacheron Constantin boutiques. 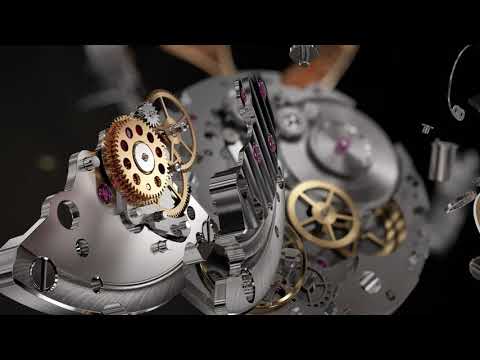