This creation boasts the layout colors of the extreme version of the Huracán, the Super Trofeo Omologata, and embraces new high-performing engineering architecture.

Roger Dubuis pursues its intimate partnership with Lamborghini Squadra Corse initiated in 2018. Following on from a RD103SQ caliber, equipped with double sprung balances inclined at a 45° angle from each other conjuring up the longitudinal cylinder placement of the Huracán engine, here comes the RD630 which breathes life into the Excalibur Huracán STO. Like its elder sibling, its assembly and its design are inspired by the engineering which boosts the Italian firm’s racers. This automatic movement, as such, features a balance-wheel escapement set at a 12° angle, a rotor resembling a wheel rim and a bridge which recalls the strut bars of the supercar’s V10 engine.

This state-of-the-art system, assembled using some 233 components, delivers a power reserve of 60 hours. It is set in a 45 mm-diameter case crafted in carbon highlighted with rubber inserts. The time data, hours, minutes, seconds and date at 6 o’clock, is encircled by a functional flange. Its lower part is equipped with a minute tracker whilst the bezel displays the hours coated with Super-LumiNova®. All the time information is incredibly easy to read. Its orange hue adds a dynamic touch to the gray monochrome atmosphere. The hands hover over a skeletonized dial featuring two honeycomb structures which echo the large air intakes present on the car’s fender.

The limited 88-piece Excalibur Huracán STO edition is worn on a perforated blue rubber and calfskin strap. In addition to the Pirelli P Zero Trofeo R tire pattern on the lining, it boasts a QRS (Quick Release System) allowing it to be interchanged easily and a triple folding clasp. 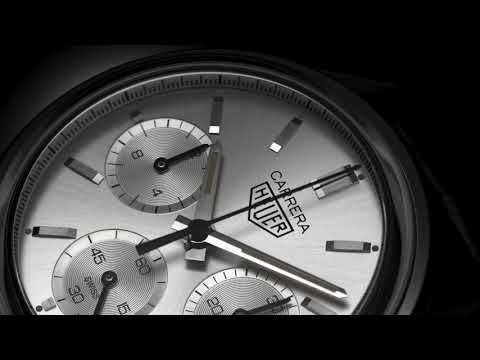