I feel Love… 1977. The disco hit which Donna Summer hummed and Giorgio Moroder played the keyboards to helped the singer claim her rightful place as a strong woman on a musical scene which, at the time, was monopolized by a British trio who insisted on “staying alive”. On the watchmaking dancefloor, Richard Mille calls on Donna as well as Bianca, Carmen, Jessica, Grace, Gloria, Jane, Liz, Diana and Paloma. They all stood out by inspiring their pumped-up generation. And, they were all regulars at the well-known Studio 54, the controversial NY club, back in its heyday at the end of the 70s. To pay tribute to these women, the RM 71-02 Tourbillon Automatic Talisman collection sparkles like a thousand stars with ten timepieces that glitter just as much as their stressed, spangled dresses. Between 817 and 971 precious stones top the white gold and red gold cases. A metallic-varnished colored leather strap, embossed with delicate plant patterns at 12 o’clock and geometrical lines at 6 o’clock, enhances this visual rendering even more.

For “Gloria”, the case and crown are set with black spinels, spessartites, pink and yellow sapphires, as well as diamonds, whilst its dial boasts hematites, onyx, pink opals and indexes studded with diamonds, pink and yellow sapphires, black spinels and spessartites. In a nutshell, each model is as unique as the personality whose first name it bears.

All the RM 71-02 Tourbillon Automatic Talisman watches are powered by the brand’s 8th in-house movement, the automatic CRMT1 caliber. With its slim 6.2 mm thickness, its 8 grams of weight and its tourbillon, these references, each issued in just 7 pieces, reign supreme on the masterpiece stage. Hot stuff indeed! 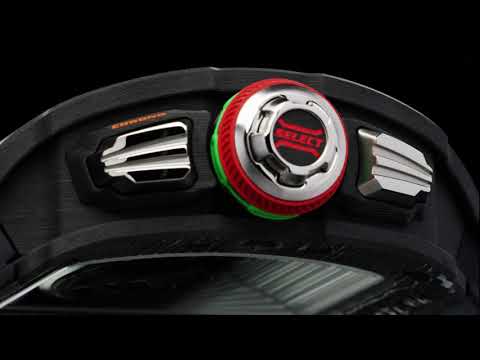