NO TIME TO LOSE

With a production of just 257 sets, the brand from Biel is celebrating the 50th anniversary of the feature film On Her Majesty’s Secret Service.

The first takes from James Bond’s 25th official film adventure have just been released in a breathtaking trailer. While awaiting the release of No Time To Die in April 2020, Omega, which has adorned the famous MI6 spy’s wrist since 1995, proposes a collector’s set just for fans. Inside you will find two Seamaster Diver 300M diving watches powered by the Master Chronometer Caliber 8806/8807. The first combines a steel case with a black ceramic bezel equipped with a white enamel diving scale. The second stands out with its yellow gold case and a Ceragold scale.

Both have a yellow or white gold plate on the body, depending on the version, on which the limited edition number is engraved, from 1 to 257. On the dial, both models have a black ceramic face with a spiral brushed finish. A laser-engraved gun barrel design stands out. The number 50 appears in the 10 o’clock hour marker when its SuperLuminova coating is recharged by exposure to light. This is in reference to the anniversary of the 1969 release of the film, On Her Majesty’s Secret Service, with George Lazenby in the starring role. The theme is rounded out by the Bond family coat-of-arms at 12 o’clock. This same coat-of-arms decorates the back of the case.

Along with the black rubber strap, two other bracelets come with each Seamaster Diver 300M in the James Bond set, one in steel, the other a NATO model. 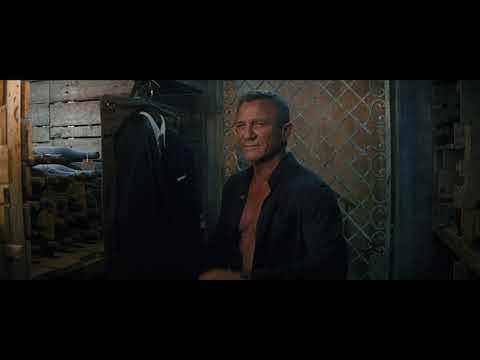